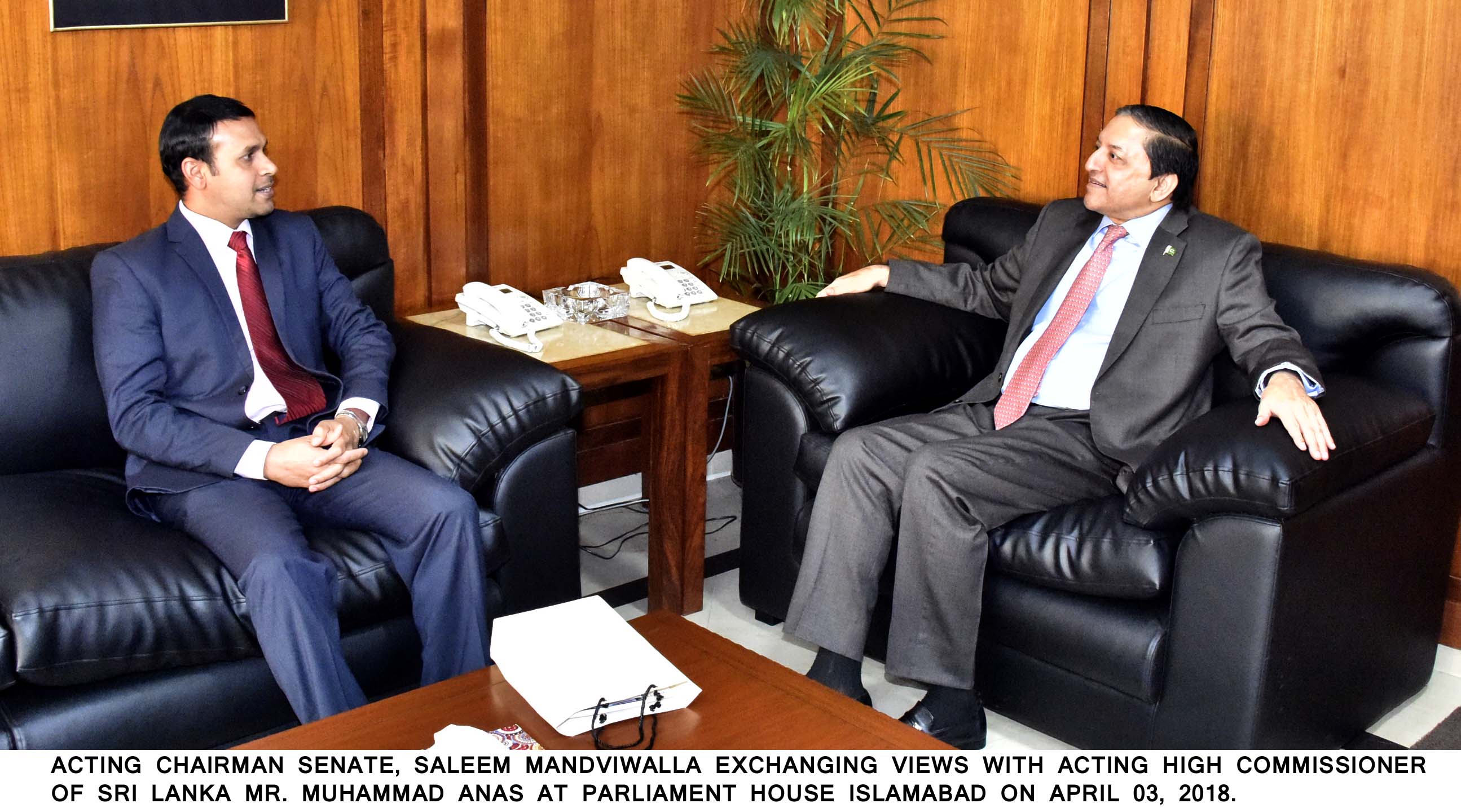 Acting Chairman Senate Senator Saleem Mandviwalla has said that Pakistan wants to strengthen SAARC for regional development and prosperity, however, Indian refusal to attend SAARC summit in Pakistan was unfortunate and against the spirit SAARC.  He said that Pakistan wants peace to flourish in the region and beyond and SAARC can play an important role in boosting regional cooperation for growth and prosperity of South Asia.

The Acting Chairman Senate expressed these views while exchanging views with Acting High Commissioner of Sri Lanka Mohammad Anas at the Parliament House on Tuesday.

Senator Saleem Mandviwalla said that Pakistan places its bilateral relations with Sri Lanka at high esteem and desires to further expand bilateral cooperation in different fields for benefit of the people of two sides.

He underscored the need for activation of Parliamentary friendship groups to develop people to people contacts and further strengthen parliamentary linkages.  He said that Pakistan and Sri Lanka enjoy a time tested friendship and both have stood by the side of each other in testing times and have continued to maintain strong, robust and reliable relations through increased interaction at the highest political level and in the people-to-people domain. “Parliaments of the two sides can explore more avenues of cooperation” Acting Chairman Senate observed.

The Acting High Commissioner of Sri Lanka agreed to further boost bilateral linkages through enhanced parliamentary cooperation and thanked the Acting Chairman Senate for warm welcome at the Parliament House.