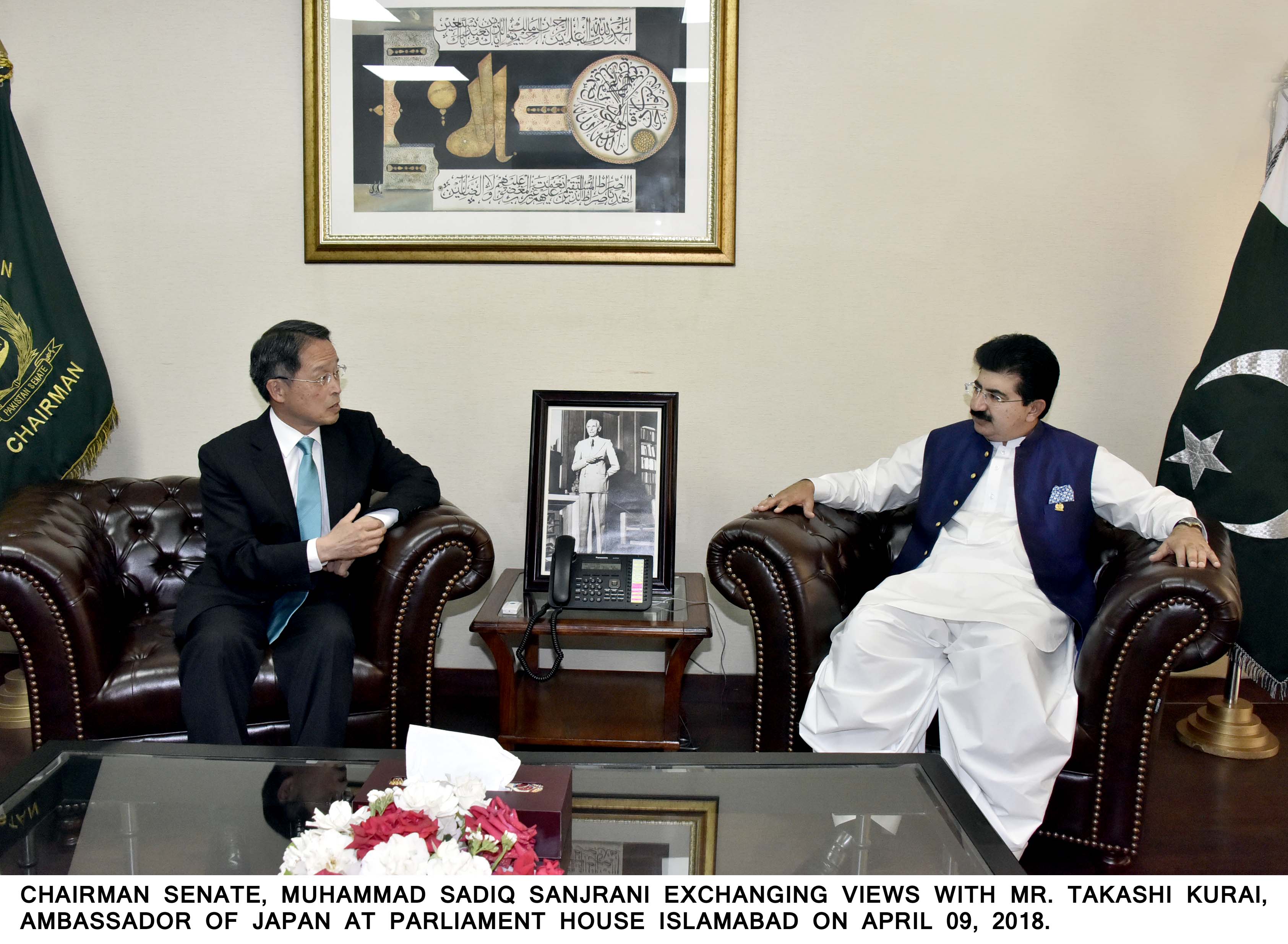 Muhammad Sadiq Sanjrani, Chairman Senate of Pakistan has said that Pakistan attaches great importance to its relations with Japan and desires to further expand the friendly ties in different sectors for mutual benefit of the people of two sides.  He reiterated need to further strengthen the existing economic relations between Pakistan and Japan and called for minimizing the imbalance in trade between two countries.  He said that prospects of trade volume can be improved through enhancing parliamentary ties and cooperation.  He said that bilateral relations could be further cemented by increasing parliamentary exchanges. He was talking to Takashi Kurai, Ambassador of Japan in Pakistan who visited Parliament House to call on Chairman Senate on Monday.

He said that both the countries supported each other’s in the hour of need and excellent cooperation has been witnessed at international fora.  He said that there is a need to further build cooperation by promoting people to people contacts and exchange of Parliamentary delegations.  Chairman asked the Ambassador to explore the avenues for investment in Gwader and he would play an active role to help facilitate the Japanese investors through Balochistan government.  He said that export to Japan should also increase to create a trade balance.

Japanese Ambassador congratulated the Chairman and recalled Pakistan’s support after World War-II.  Pakistan was the first country which lifted cargo and supported war-torn economy of Japan.

The Ambassador said that relations between two countries date back to 1952 and since last 65 years, we have promoted and consolidated these relations.  He said that once Karachi was the favorite destination for the Japanese people.