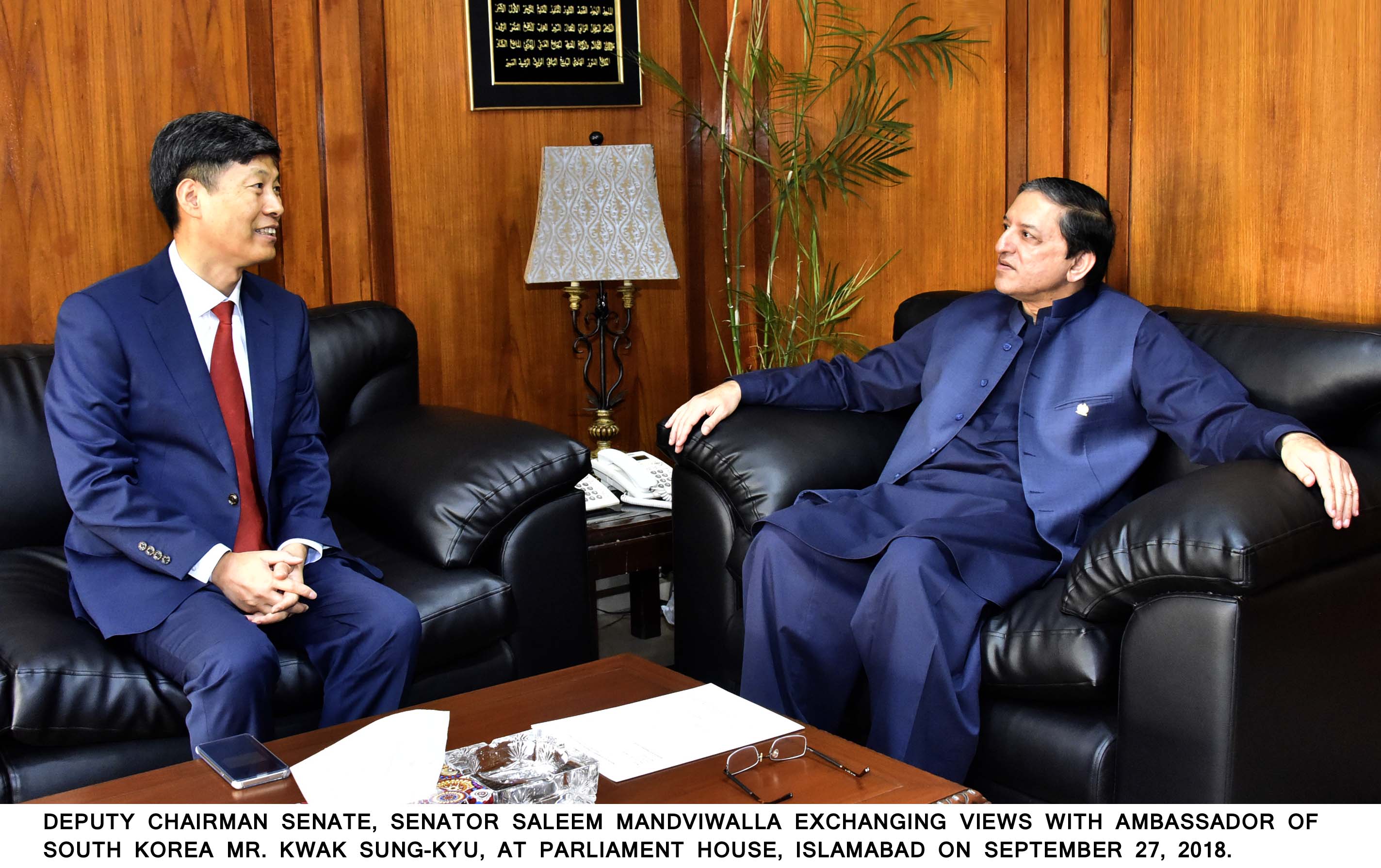 Pakistan and South Korea have agreed to explore new avenues for investment as such cooperation always play a central role in bringing nations closer and help build a long lasting and mutually beneficial relationship at all levels. In this regard, Ambassador of South Korea called on Deputy Chairman Senate Saleem Mandviwalla at the Parliament House on Thursday and exchanged views of matter of mutual interests besides strengthening trade and economic relations.

Deputy Chairman Senate said that South Korea and Pakistan share identical views on issues being faced at regional and global levels and both the countries desire a peaceful solution to all the issues. He said that Pakistan desires to further strengthen bilateral multi-sector cooperation with South Korea. He said that South Korean companies are already working in different sectors, however, there is huge scope for investment in energy, automobile, transport and other sectors.

He said that Pakistan highly values it bilateral cordial relations with South Korea. “We want to further strengthen parliamentary cooperation between the two parliaments  through frequent exchanges” Senator Mandviwalla said. He also extended an invitation to the Speaker of the South Korean Parliament to visit Pakistan.

South Korean agreed with the views of Deputy Chairman Senate. He said that automobile and hydro sectors are being focused by South Korean investors and a number of South Korean companies are ready to invest in Pakistan which would be beneficial for both sides.

The Deputy Chairman Senate expressed his well wishes to the Parliament, people and government of South Korea.