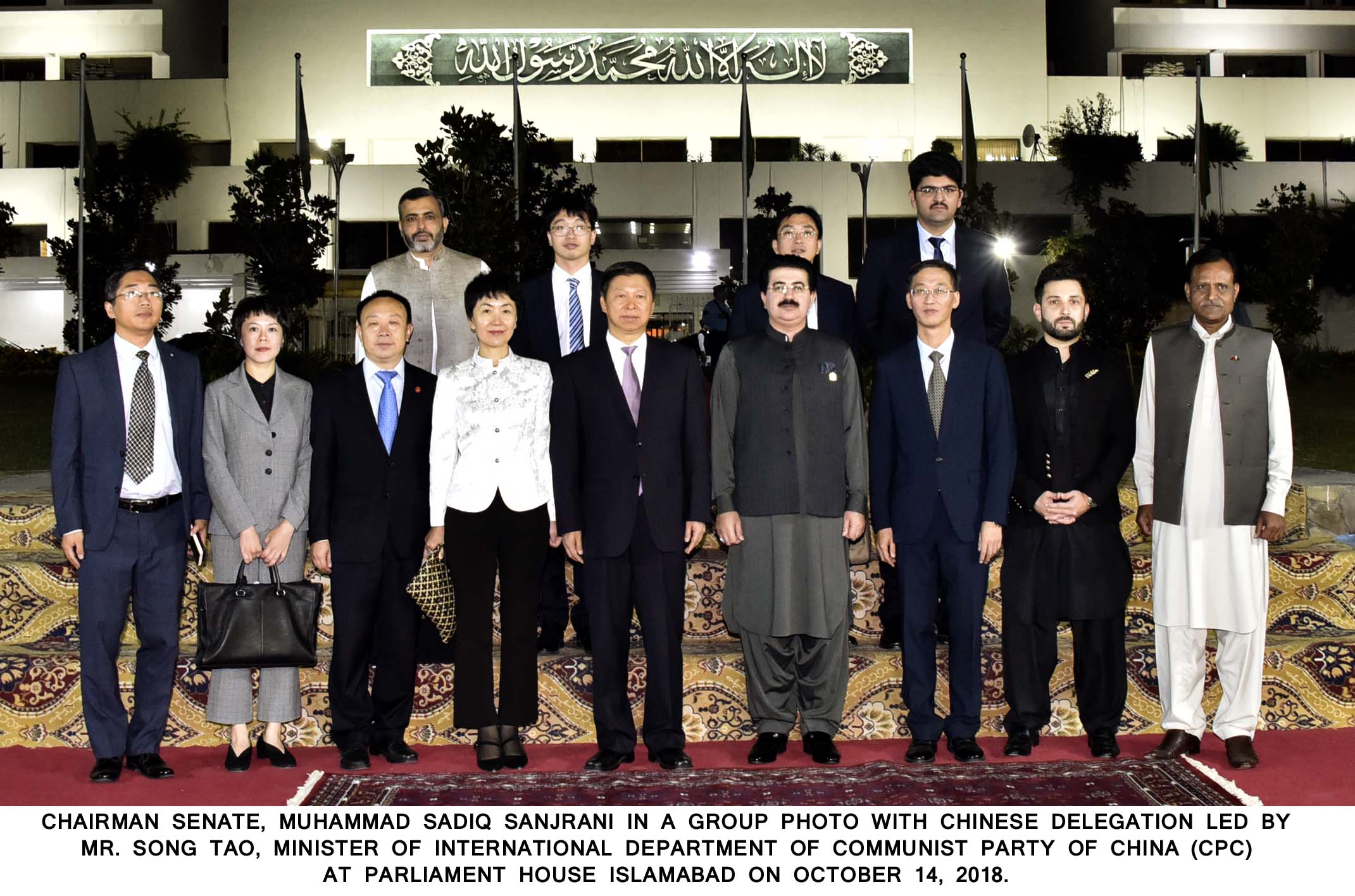 Chairman Senate Muhammad Sadiq Sanjrani has said that Gawadar would become a hub of trade and economic activities and investors must explore new avenues for investment as the environment is conducive and enormous vistas still remain unexplored. The Chairman Senate expressed these views while talking to Chinese  Minister for International Development Song Tao at the Parliament House on Sunday evening. He said that Pakistan places relations with China at high esteem and both the countries have supported each other in testing times. He , however, underscored the need for more close collaboration between the Parliaments and said that frequent exchange of delegations would help in further consolidating the bond of friendship between the two sides.  He said that the fate of Asia lies in the hands of Asian people and its leadership has to act with sagacity to make the Asian people masters of their own destiny He said that friendship between the two sides has a legacy behind it.  “It is a friendship which brings the peoples of Asia together”, Sanjrani observed.
He said that by becoming the masters of their own destiny, the people of Asian continent would be in a much better position to play active role in global politics. He termed CPEC a landmark initiative and said that nation is united and consensus and unanimity of opinion exists at all levels and nation has resolved to make CPEC a success story.   He said that Pak-China friendship is a living example of how two nations can get closer in not only political and economic affairs but also in other fields and both countries continue to collaborate to each other at various forums.  He said that cooperation between the two at macro and micro level is highly remarkable.
Chinese Minister for International Development said that China and Pakistan are strategic cooperative partners and both enjoy all weather friendship.  He said that parliamentarians are the representatives of people and it is important to promote further parliamentary cooperation and deepen the mutually beneficial bilateral relation.  The Chinese side also visited Senate Hall and planted a sapling in the lawn of the Parliament.
Senate Chairman hosted a reception in honour of the visiting delegation which attended by Leader of the House in the Senate Senator Shibli Faraz, Leader of the Opposition in the Senate Raja Muhammad Zafar ul Haq , Federal Ministers , Senators and high ranking officials.