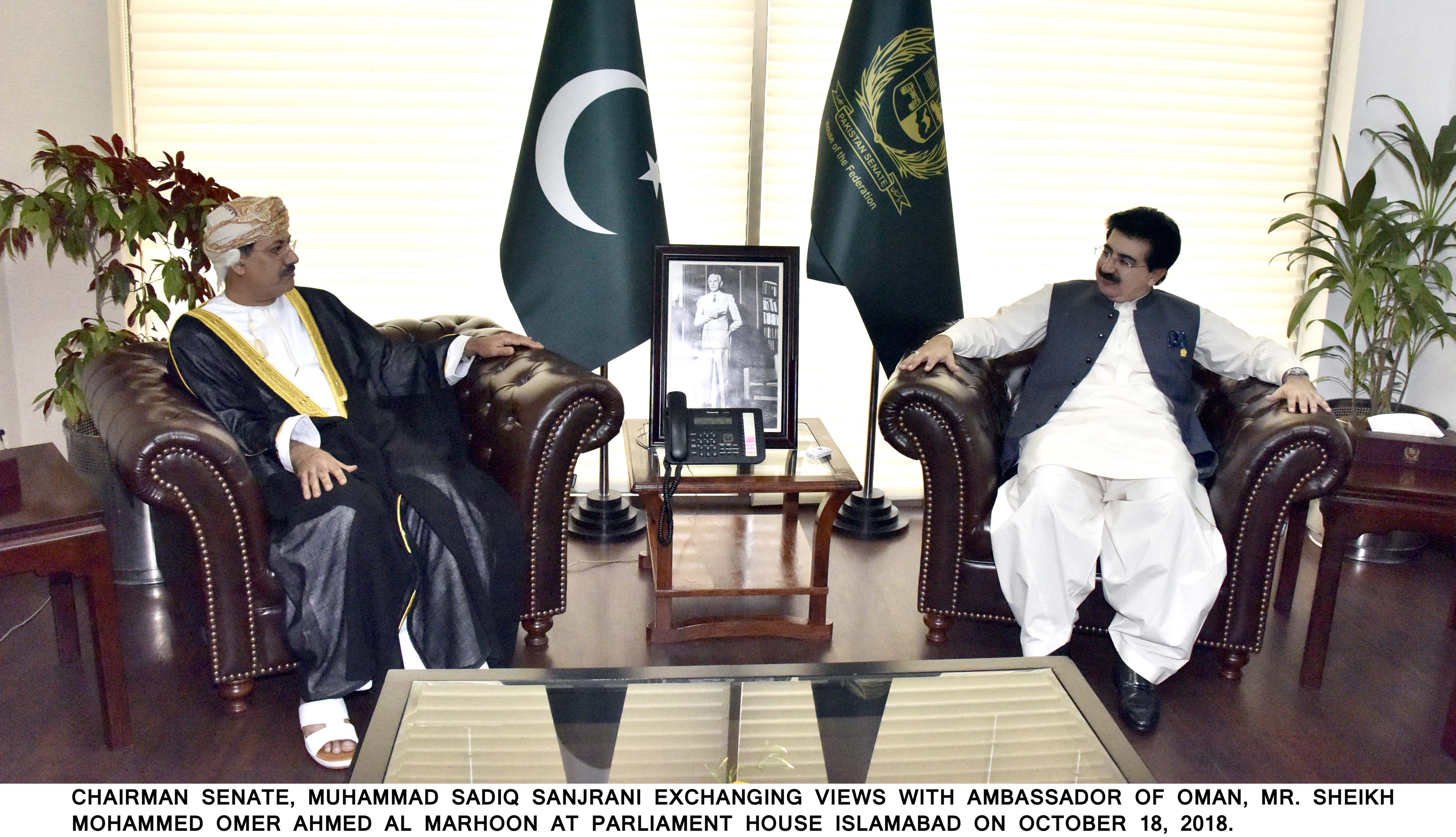 Chairman Senate Muhammad Sadiq Sanjrani has said that there is a need to further boost economic cooperation between Pakistan and Oman benefiting from the proximity of two countries. A ferry service between Gwadar and Muscat would help exploit the dividends of the economic activity getting momentum in the port city of Gwadar in wake of the China Pakistan Economic Corridor (CPEC). He expressed these views while talking to the Sheikh Mohammed Omer Ahmed Al Marhoon, Ambassador of Oman who call on him here at Parliament House on Thursday.

Sadiq Sanjrani said that Pakistan share many commonalities and should benefit from the true potential of economic ties between the two brother countries. He said that ferry service between the Gwadar and Muscat would not only enhance the trade volume but also facilitate tourists visiting different countries in the region. He said that Pakistan is a gate way for the Oman to the Central Asian States and the Oman may facilitate Pakistan’s trade with European Union countries.

He said that Pakistan and Oman are enjoying very good Parliamentary linkages and should benefit from these to mutually support each other in economic, education and social sectors. He said that exchange of Parliamentary delegations would steer the agenda to enhance bilateral ties and economic relationship.

He hoped that a high level parliamentary delegation of Oman would participate in Asian Parliamentary Assembly (APA) meeting being held in Gwadar in the last week of October.