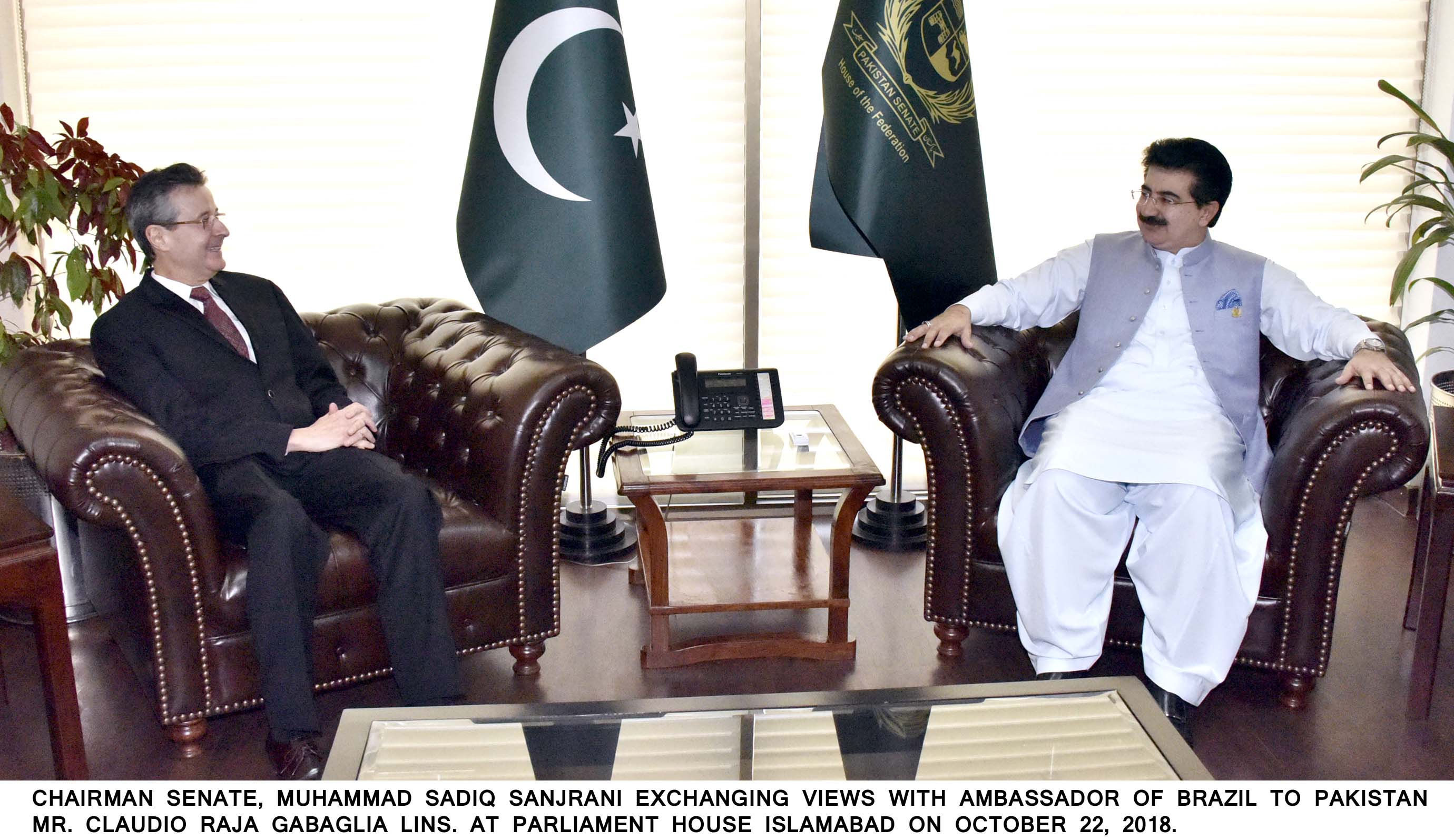 Chairman Senate Muhammad Sadiq Sanjrani has said that Pakistan and Brazil would further cement the cooperation in parliamentary, social and economic sectors.  He said that Brazil has always extended cooperation for promotion of sports, particularly football but we are eager to seek further cooperation for promotion of this game in the country.  Football is very popular game in Balochistan, however, the players need encouragement and patronage.  He said that two football stadium of international standard would be constructed in Quetta and Gwadar cities of Balochistan.  The Chairman Senate expressed these views in a meeting with Brazilian Ambassador Claudio Raja Gabaglia Lins at the Parliament House on Monday.
Sadiq Sanjrani said that there is a need for frequent exchanges of parliamentary delegations between Pakistan and Brazil as both the countries have many similarities in political and economic landscape.  He said that Pakistan give utmost importance to its relations with Brazil, however, we are looking forward for enhancing the parliamentary linkages and cooperation in the economic and social sectors.
He said that due to improved security situation in the country, the environment for the foreign investment is very conducive in Pakistan.  The foreign investors including the Brazilian businessman should benefit from the economic potential and investment prospects in Pakistan.  He said that with frequent exchanges of parliamentary delegations, the cooperation in different sectors would further increase.
Brazilian Ambassador said that his country is providing assistance not only for promotion of street football in Lyari but have also organized different events involving Brazilian international football coaches for promotion of this game in other cities of Pakistan.