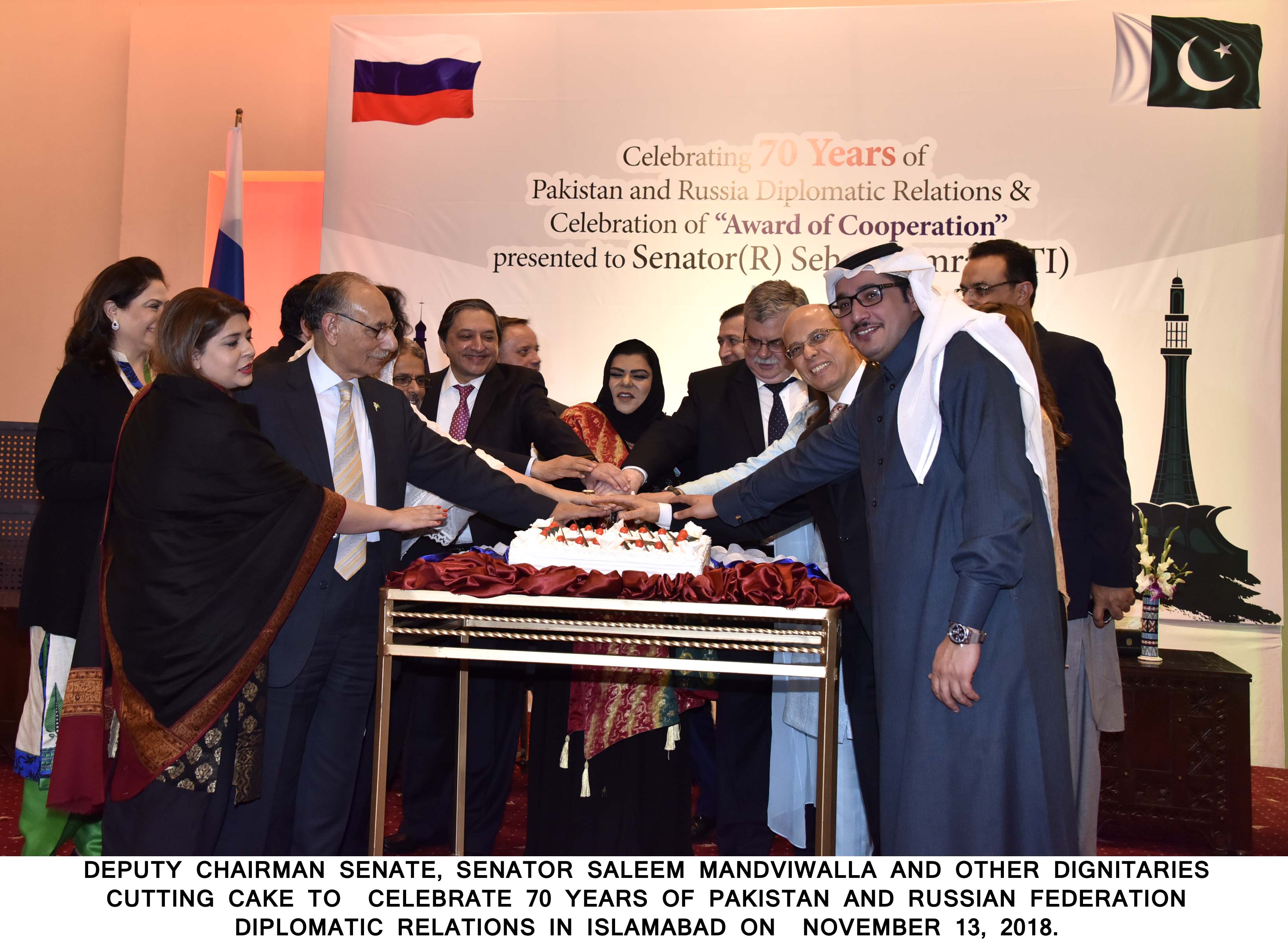 Deputy Chairman Senate Saleem Mandviwala has said that Pakistan’s inclusion in the Shanghai Cooperation Organization (SCO) has further enhanced its regional connectivity and economic prospects. He said that Pakistan’s strategic location would make it a regional hub of trade and commerce to Central Asia and SCO member states.

Deputy Chairman Senate observed that contemororay global and regional politics revolves around geo-economics and in this context, China Pakistan Economic Corridor (CPEC) a flagship project of Belt and Road Initiative (BRI) is presenting revolutionary opportunities for regional countires to build strong economic, trade and commercial ties.  “ CPEC ushered a new era of growth in Pakistan and made an attractive destination for foreign direct investment” Deputy Chairman Senate Saleem Mandviwala. He greeted Senator ( R ) Sehar Kamran for receiving a very well deserved state award “ Award of Cooperation” for promoting friendly ties between Pakistan and Russia.  He said that Senator Kamran is a distinguished parliamentarian, educationist and philanthropist. He lauded her exemplary legislative skills and legislative initiatives.

Earlier, in her welcome address, Senator (R) Sehar Kamran, member of Senate Forum for Policy Research (SFPR) and President Centre for Pakistan and Gulf Studies (CPGS) said that Pakistan and the Russian Federation are connected by a deep historical and cultural affinity, geographical proximity, and a convergence of strategic and economic interests.

While addressing the reception, she said that it is indeed an honour for me to receive this highly prestigious award from Russia’s ministry of foreign affairs for strengthening the understanding and bonds between two great nations. The shifting strategic landscape of global and regional politics demand that both countries should enhance their bilateral and regional engagement for the stability of the wider region, she said.

Senator Kamran believed that there is a tremendous amount of unexplored economic, trade and defence potential that needs to be capitalized for the benefit of two nations and the larger regional wellbeing. She also highlighted the strategic significance of China Pakistan Economic Corridor (CPEC) and urged the regional countries to gain maximum economic benefits from this transnational project.

Besides Saleem Mandviwalla, Deputy Chairman Senate, Muhammad Faisal Vawda, Federal Minister for Water Resources, senator Sherry Rehman, Kanwal Shozab MNA and other high ranking functionaries were also present during the reception,. were the guests of owner of the grand reception.

Alexey Y. Dedov, Ambassador of Russian Federation congratulated the Senator Sehar Kamran for receiving the Russia’s state ‘Award of Cooperation.’ He said that Senator Kamran, as a member of Senate of Pakistan and as well as the President of Centre for Pakistan and Gulf Studies (CPGS) has worked tirelessly to improve the bilateral relation between the two nations.  Mr. Dedov said that Senator Kamran is a great friend of Russian Federation and we greatly value her contributions.

In the end, Senator Kamran, thanked the Mr. Muhammad Faisal Vawda, Federal Minister for Water Resources, Alexey Y. Dedov, Ambassador of Russian Federation, Ambassadors and distinguish guests for gracing their presence and making the event such a success.

The event was attended by the Ambassador of Egypt, Yemen, Uzbekistan, senators, members of national assemblies, officers from armed forces and members of the civil society.