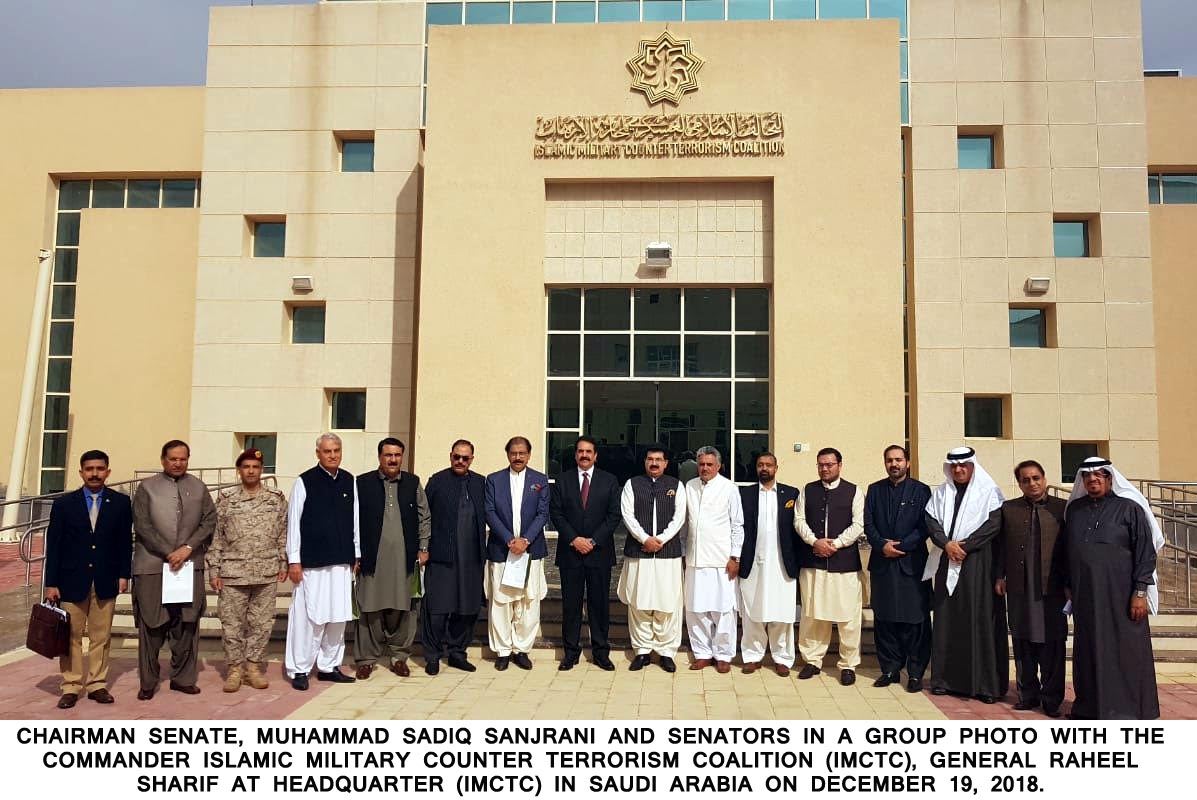 Islamabad, December 19, 2018  :  Commander of the Islamic Military Counter Terrorism Coalition (IMCTC), General Raheel Sharif, in a meeting with Senate Chairman Muhammad Sadiq Sanjrani in Riyadh, has brushed aside the impression that IMCTC has been created to take action against any state, nation or a particular sect.  He informed that Senate Chairman that the basic aim of this institution is to counter terrorism and eliminate it.  Chairman Senate was accompanied by members of the delegation during visit to the IMCTC headquarters.  The delegation was accorded warm welcome by General Raheel Sharif and Deputy Commander General Abdur Rehman.  The delegation was given a detailed briefing about the role and purpose of IMCTC.  Senate Chairman and members of the delegation praised King Suleman Bin Abdul Aziz and Saudi government for eliminating terrorism.

Later, Chairman Senate visited MISK Foundation along with the members of his delegation. Head of MISK Foundation Badar ud Din Qaheel welcomed the Chairman Senate and briefed the delegation about the roles and functions of the foundation. It was told that the foundation was founded by Saudi Crown Prince Muhammad Bin Salman and the rationale is to prepare the young Saudi population to deal with the challenges of the future. The foundation offers training to the youth in the areas of education, culture and media.

The delegation was given a tour of different sections of the foundation and was briefed on their working. Chairman Senate lauded the initiative of vision 2030 under which the youth is being trained on the standards of developed world. He appreciated the work of MISK Foundation and expressed his dream of inclusion of Pakistani youth in the foundation.