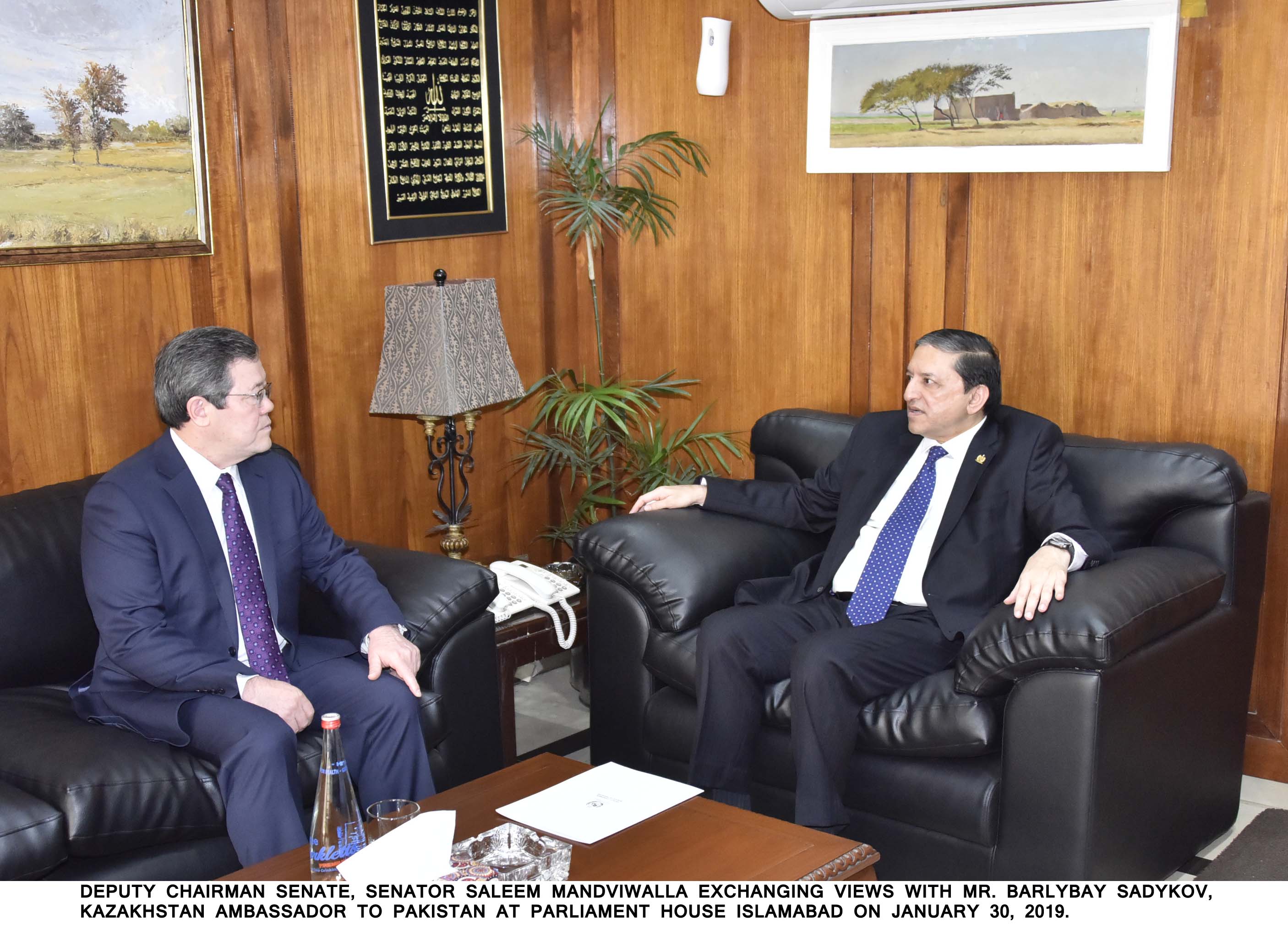 Deputy Chairman Senate Senator Saleem Mandviwalla has said that trade and investment volume between Pakistan and Kazakhstan needs to be enhanced for mutual benefit of the people of two sides. Deputy Chairman Senate observed that it is in the interest of both the countries to have a proper channel for bilateral trade and investment.  He expressed these views while talking to Barlbay Sadykow, Ambassador of Kazakhstan here at Parliament House on Wednesday.

He said that Pakistan and Kazakhstan share identical views on regional and international issues and there is huge scope to further expand bilateral ties between the two sides. Mandviwalla also emphasized the need for activating parliamentary friendship groups in respective parliaments to enhance cooperation at parliamentary level through frequent exchanges. He said that both the countries are intertwined in cultural and other commonalities besides sharing a vision for regional growth and prosperity.

The two sides, he said, can achieve a lot through frequent interactions at different levels for mutual benefit. He assured all his cooperation and expressed well wishes to the government, people and parliament of Kazakhstan.

The Kazakhstani Ambassador agreed with the views of Deputy Chairman Senate and said that both countries can achieve a lot through enhanced interactions and increased bilateral cooperation. He said that trade and investment is in the interest of both the countries and would open up new avenues of bilateral cooperation. He thanked the Deputy Chairman Senate for warm welcome at the Parliament.