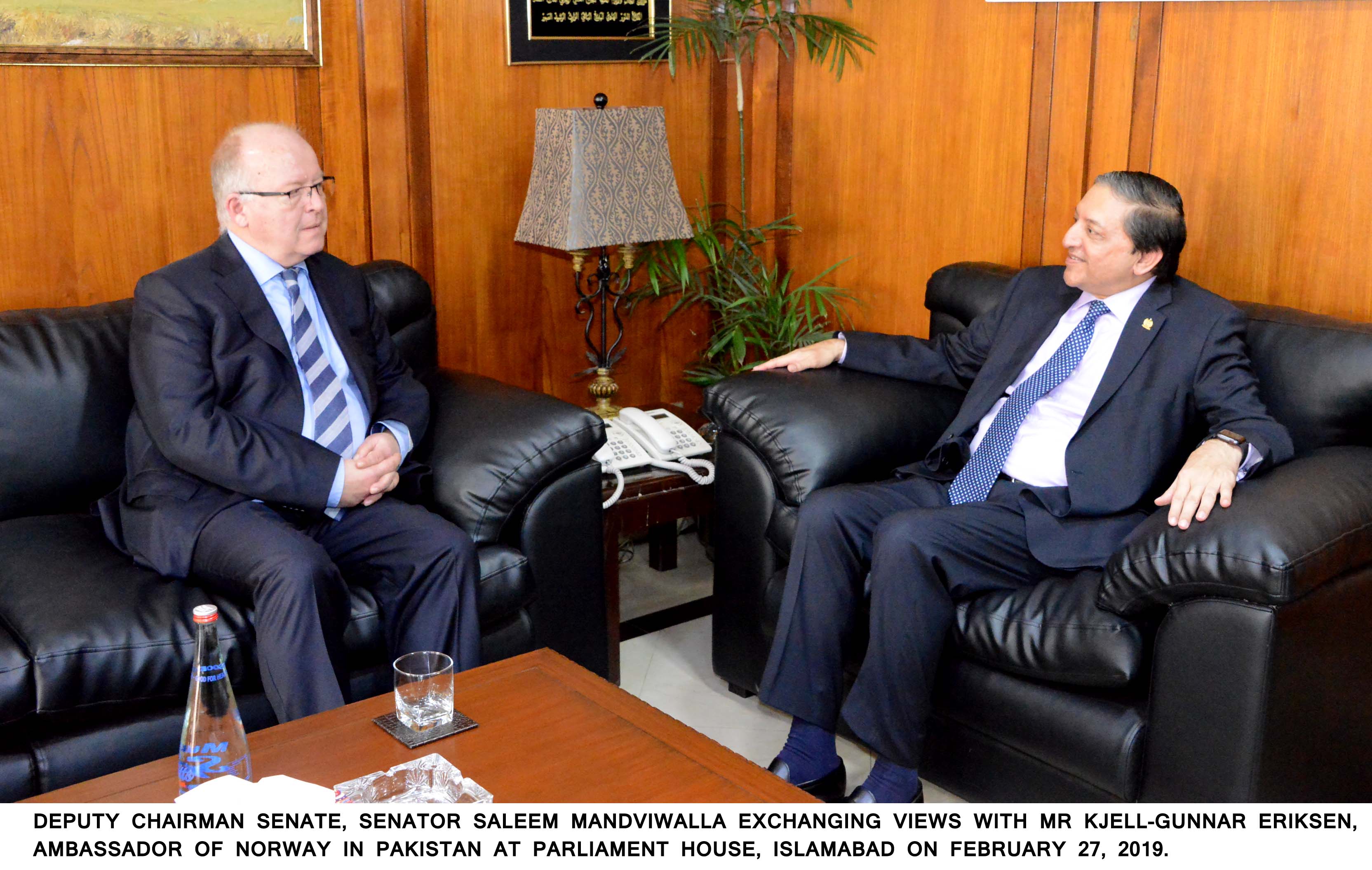 Ambassador of Norway H.E. Mr. Kjell-Gunnar Eriksen made a courtesy call on Deputy Chairman Senate, Saleem Mandviwalla at Parliament House, Islamabad, on Wednesday and exchanged views over trade and other issues of mutual interest. Atrocity in Indian Occupied Kashmir (IOK) and cross-border situation between Pakistan and India came under discussion as well.

Deputy Chairman Senate while discussing Norwegian trade and investment opportunities in Pakistan said that currently business between the two countries is worth USD 128 million only and efforts from both sides should be made to enhance bilateral trade and urged to expedite the process for signing the Free trade agreement with European Free Trade Association (EFTA); a regional four state bloc of Iceland, Liechenstein, Switzerland and Norway.

Deputy Chairman Senate also extended his support to Norwegian companies in Pakistan and stressed the need for Norwegian Airlines to launch operations in Pakistan.  He said that Pakistan looks forward to other European Airlines venturing in Pakistan as well. This, he asserted, will not only help Pakistan develop direct links to Europe but also build people to people and business linkages between the two countries. Ambassador of Norway agreed with the views of Deputy Chairman Senate and said that Norwegian Airlines is in the process of making feasibility checks to commence operations here.