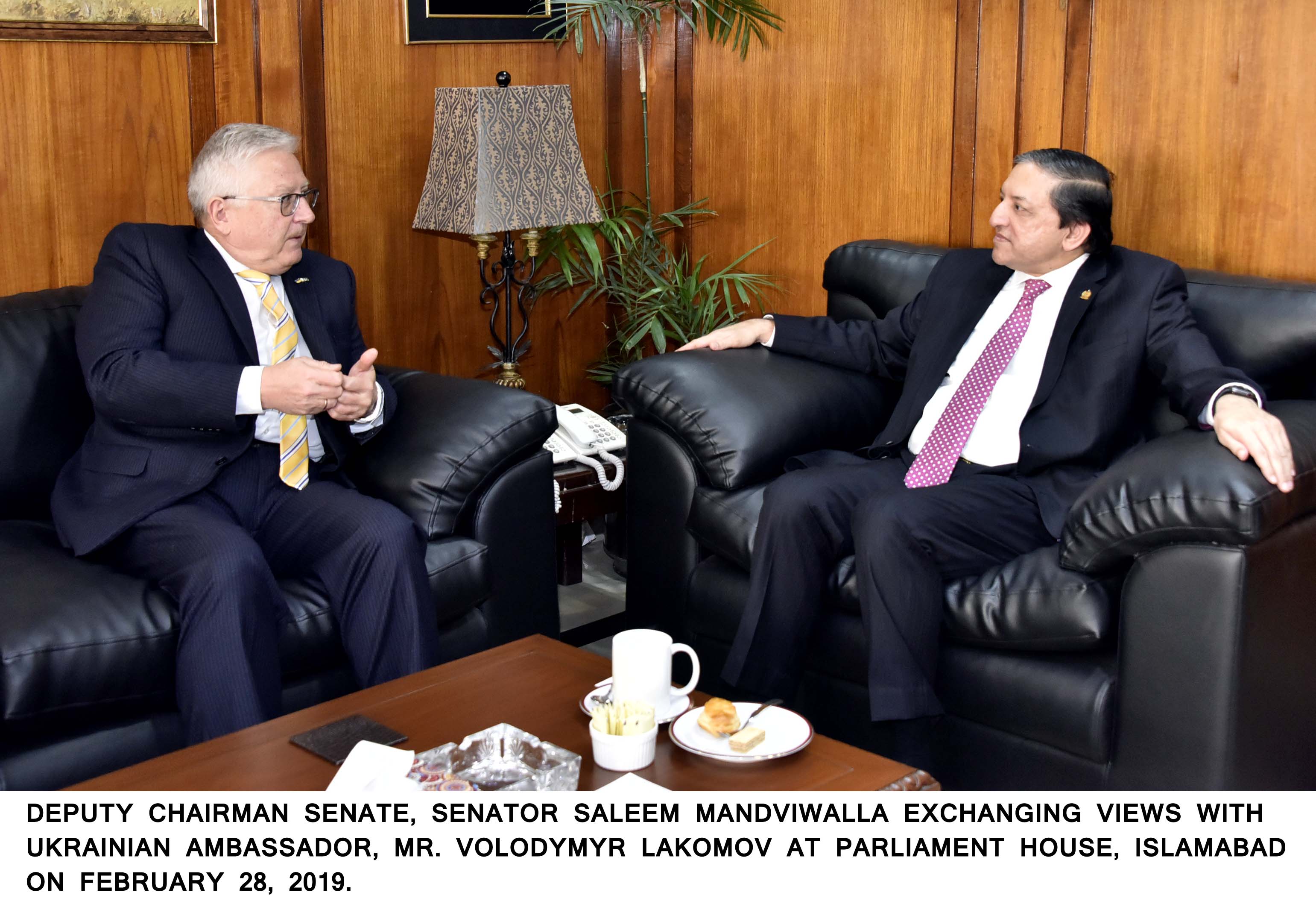 Ambassador of Ukraine H.E Mr Volodymyr I. Lakomov made a courtesy call on Deputy Chairman Senate, Saleem Mandviwalla at Parliament House, Islamabad, on Thursday and exchanged views over trade, investment and other issues of mutual interest. Atrocity in Indian Occupied Kashmir (IOK) and cross-border situation between Pakistan and India came under discussion as well.

The Ambassador of Ukraine H.E Mr Volodymyr I. Lakomov, expressed his concerns over the Indo-Pak border situation and said that dialog is the only solution to the crisis and Ukraine would like to see both countries resolving their issues in accordance with the Simla Agreement.

While discussing the possibility of installing a statue of Allama Muhammad Iqbal in Kiev and likewise a portrait of their National poet Taras Hryhorovych Shevchenko in Islamabad; the Ambassador showed great interest in cultural exchange programs and said that culture and literature would play a major role creating closer ties.

Deputy Chairman Senate while discussing trade and investment opportunities with Ukraine was of the view that efforts from both sides should be made to enhance bilateral trade.  Notes were exchanged on how business links between Pakistan and Ukraine could be promoted. Ambassador of Ukraine suggested that a business delegation may accompany the Parliamentary group from Senate to visit Ukraine to explore avenues of mutual cooperation.

The Ambassador of Ukraine thanked the Deputy Chairman Senate for his hospitality and said that he looked forward to develop stronger links between the two countries.