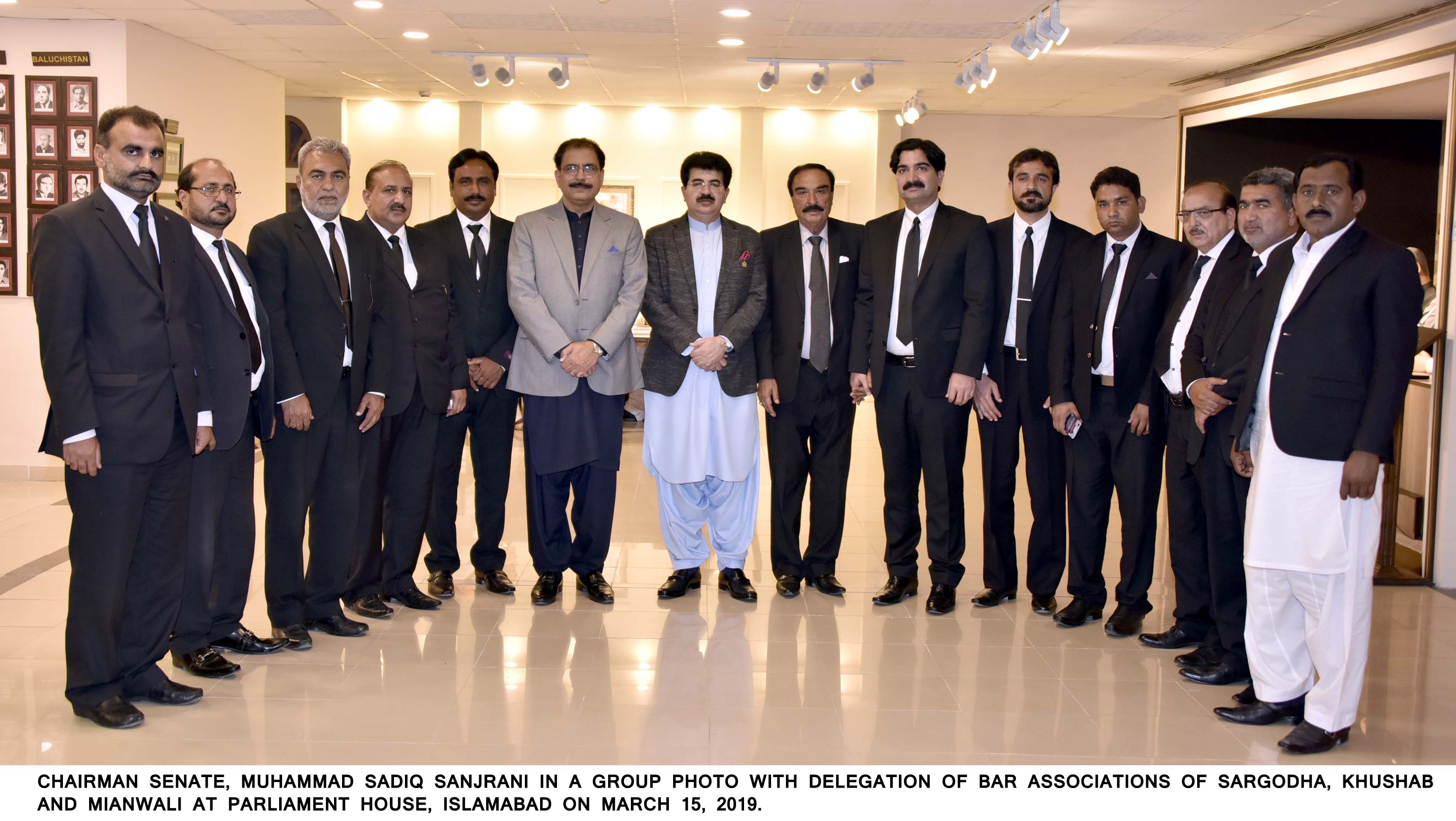 Chairman Senate Muhammad Sadiq Sanjrani has said that the Upper House of Parliament would take concrete measures for legislation on increasing the High Court Benches in different provinces and establishing the new Benches in the far flung divisions of the provinces.

Chairman Senate expressed these views while talking to a delegation of Bar Associations of Sargodha, Mianwali and Khushab here at Parliament House on Friday.  Senator Dr. Ghous Muhammad Niazi was also present during the meeting.

The delegation apprised the Chairman Senate about the problems being faced by the people due to non-availability of the High Court Bench in Sargodha Division.  They further informed that the Bar Associations are observing regular strike to highlight this issue.  Chairman Senate assured his full support to solve the issue.