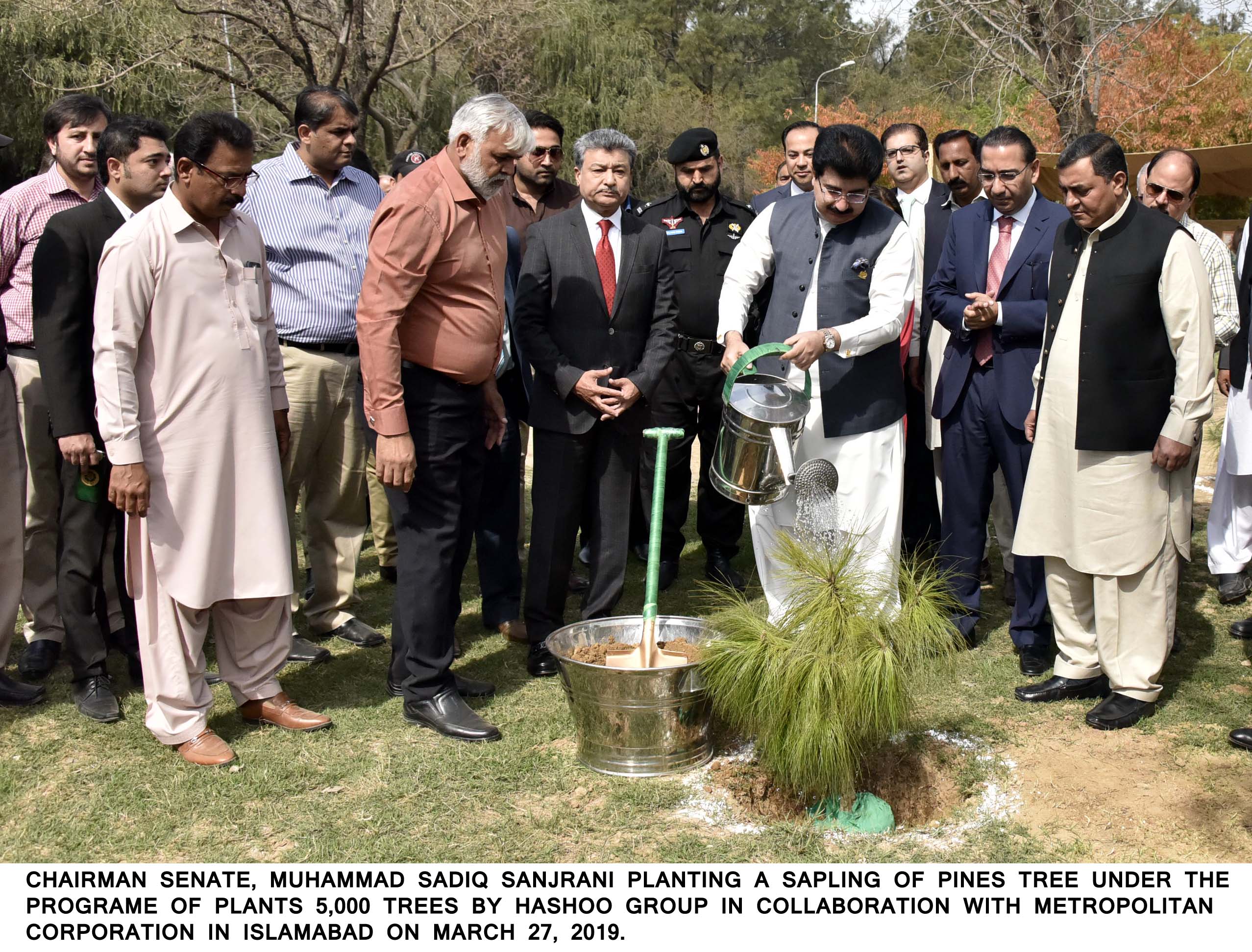 Chairman Senate Muhammad Sadiq Sanjrani has said that plants not only make the environment esthetically beautiful but also contribute positively for improving the human health.  The Upper House of Parliament is actively pursuing the agenda of Clean and Green Pakistan as its Standing Committee on Climate Change and a dedicated Climate Change Casus is suggesting workable plan for conservation of environment while taking stakeholders onboard.  There is a need to plant maximum trees in those areas which are having less density of forest in the country.  He expressed these views while inaugurating a plantation activity organized by Hashoo Group opposite Hill View Park, Islamabad.

Chairman Senate said that active participation of the public and private sector in plantation drive would pave the way for increasing the forest cover in the country.  He said that better coordination among the federating units is essential for taking concrete measures for promoting the cause of environment.  He said that Upper House of Parliament has always taken a proactive approach to legislate on environmental issues.  He called upon the private sector to come forward for planting maximum trees in far flung areas of the country.  He recalled that a special plantation campaign drive was launched at the eve of the meeting of Asian Parliamentary Assembly for the Green Gwadar Program.  He said that Gwadar is the future of the country and special focus should be given to make it greener and beautiful.

Sanjrani called upon the corporate sector entities to focus on devising strategy revolving around people and planet and make such initiatives part of their corporate social responsibility.  He said that developing world is bearing the brunt of climate change in the shape of different natural disaster and there is a need to make coordinated efforts to mitigate negative effects of climate change.