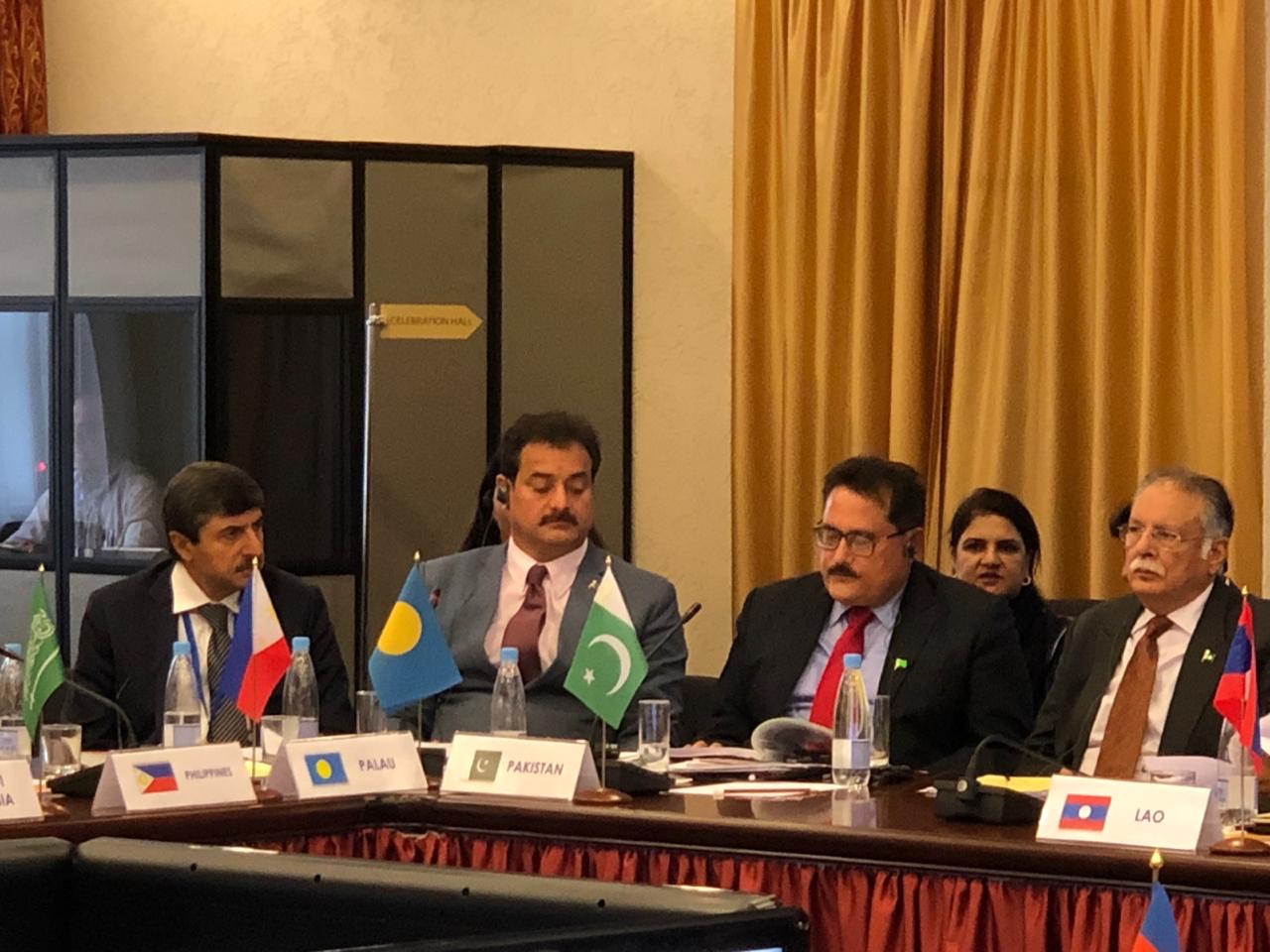 While addressing the Working Group on Water Crisis Senator Pervaiz Rasheed said that water crisis is the most critical issue that can endanger our survival on this planet as it is the premium ingredient to sustaining life on Earth. However, the population explosion, technological boom, and high demand for water, particularly drinking water, has resulted in pockets of global water shortage that threaten the lives of millions. He said that climate change impacts have severe consequences in the shape of water scarcity and flooding. He said that this issue barely needs any advocacy for immediate action. It requires immediate interventions from the global population in general, and leaders in particular.

“As parliamentarians, we hold immense responsibility to take corrective legislative steps towards water conservation and to ensure that no human being is deprived of this basic right. Parliamentarians must vigorously engage with executives on building inclusive frameworks for reduction of climate change impacts; Prevez Rashid maintained. He apprised the participants of the meeting that Pakistan has recently formulated a comprehensive National Water Policy that takes care of the interests and ensures commitments from both federal and provincial governments. It addresses almost all relevant issues concerning the management of water resources including the looming threat of climate change, he added.

While apprising about the efforts of the Parliament in Pakistan he said that Senate has constituted a Special Committee on water scarcity on 2nd May, 2018, to deliberate and guide on the issue of water scarcity. The Committee has been conducting meetings frequently and intervening in its capacity of oversight and legislative body to effectively solve the water crises.  The senator suggested that parliaments through fiscal measures can also impose water resources development tax and generate revenues for the provision of water to those who can’t access it, thereby reducing the inequality in water consumption. Overall, it requires integrated water resource management and planning, and giving priority to it as a basic human need.  He said that it would be redundant to list the so many promising strategies either being implemented or being developed to handle this crisis. But what we need to take home is the understanding of the gravity of the problem, and the commitment to responsibly play our roles as leaders in our countries to ensure all possible parliamentary efforts in order to avert a major human crisis of the future.

While representing Pakistan in another Working Group on Green Funding, Senator Robina Khalid said that the health, livelihood, and sustainability of our future generation depend on how we show our resolve to address the issue of climate change.  She said that though the Paris Agreement was a great step towards mitigating the effects of Climate Change, the main responsibility still lies with national Parliaments. Only the legislature can translate this agreement into meaningful action. However, policy must remain cognizant of the fact that developing or less developed countries are sharing the brunt of climate change equally. She said that financing for green projects has been a serious concern. Though Green bonds, green banks, village funds, and the Green Climate Fund (GCF) hold great importance, the Global energy investment in 2017 failed to keep up with energy security and sustainability goals, with expectations that it will slow further this year. Our legislative and oversight endeavors should focus on gradual phasing out of fossil fuels, and encourage renewable and sustainable energy sources.

“We, as parliamentarians, the true representatives of the people, must utilize budgetary tools and financial oversight to ensure allocation of sufficient funding for climate change policies and projects, and establish specialized mechanisms for efficiently mobilizing and ensuring utilization of climate funds” she observed adding that  the Parliament of Pakistan, realizing the need of the hour, has set an example by becoming the first parliament to ‘go green’ by converting its energy source to solar power. Not only this, a Climate Change Caucus was established in the Senate of Pakistan on 24th May, 2018, to focus on building a liaison with the provincial Climate Change Committees, and ensuring climate change advocacy. Pakistan has also legislated for climate change, which has not only provided a legal framework for the Climate Change Council, but has also allowed for creating of the Climate Change Authority. She further apprised that the ‘Vision 2025’, the blueprint for Pakistan’s roadmap for the future, clearly recognizes global warming and climate change, as a priority area. In terms of financing, Pakistan launched a Climate Change Financing Framework to align its climate action with its financial management systems. She emphasized that it is time that we realize the threat climate change poses to not only our earth, but also to out very existence. Action must be taken now, today, immediately, and all efforts must be concerted to mitigating the effects of Climate change and global warming. It is only then that we can realize our sustainable economic objectives.