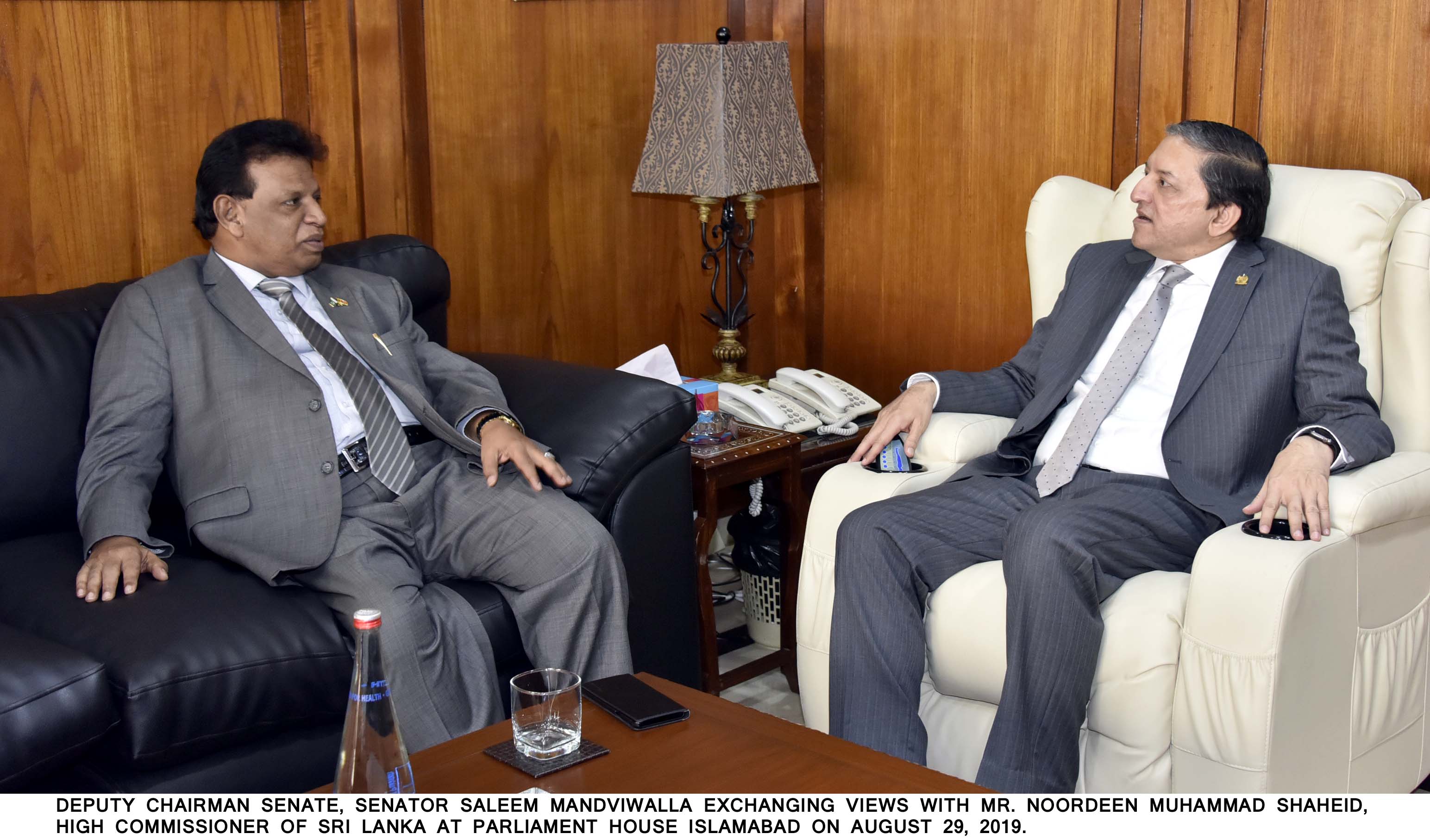 Deputy Chairman Senate Saleem Mandviwalla in a meeting with High Commissioner of Sri Lanka Noordeen Mohamed Shaheid at Parliament House here on Thursday has said that Pakistan and Sri Lanka have cordial relations and have stood with each other in difficult situations on many occasions. There is a need to multiply the existing trade relations between the two countries to take them to the optimal level, he emphasised.  “We feel great attachment to Sri Lanka as we feel it’s our second home” he maintained.

He proposed both sides need to make collective efforts to boost our relationship and to search more avenues to increase trade and resolve the tariff issues. Deputy Chairman said that as both sides have agreed on the need of enhancing trade between the two countries, measures should be taken to facilitate the businessmen and providing a conducive environment for this purpose. He proposed that the trade agreements should be converted from Preferential Trade Area (PTA) to Free Trade Agreement (PTA to FTA) and parliamentary relations to be revitalised by exchange of delegations at higher level mutually.

Deputy Chairman apprised the Sri Lankan High Commissioner about the human rights violations by the Indian forces in Kashmir and said that Pakistan is looking forward to your support on this burning issue of Kashmir.

Both the countries agreed on making Parliamentary exchanges a regular feature and making parliamentary groups functional in both Parliaments. The High Commissioner apprised the Deputy Chairman Senate that Sri Lanka is due to have general elections in December and the relationship between the two governments and two Parliaments will be a priority when the new Parliament and government are sworn in.

Deputy Chairman appreciated Sri Lanka, as Sri Lankans donates large numbers of corneas both in their own country and abroad, partly because the donation is considered by Buddhists to be a meritorious act.