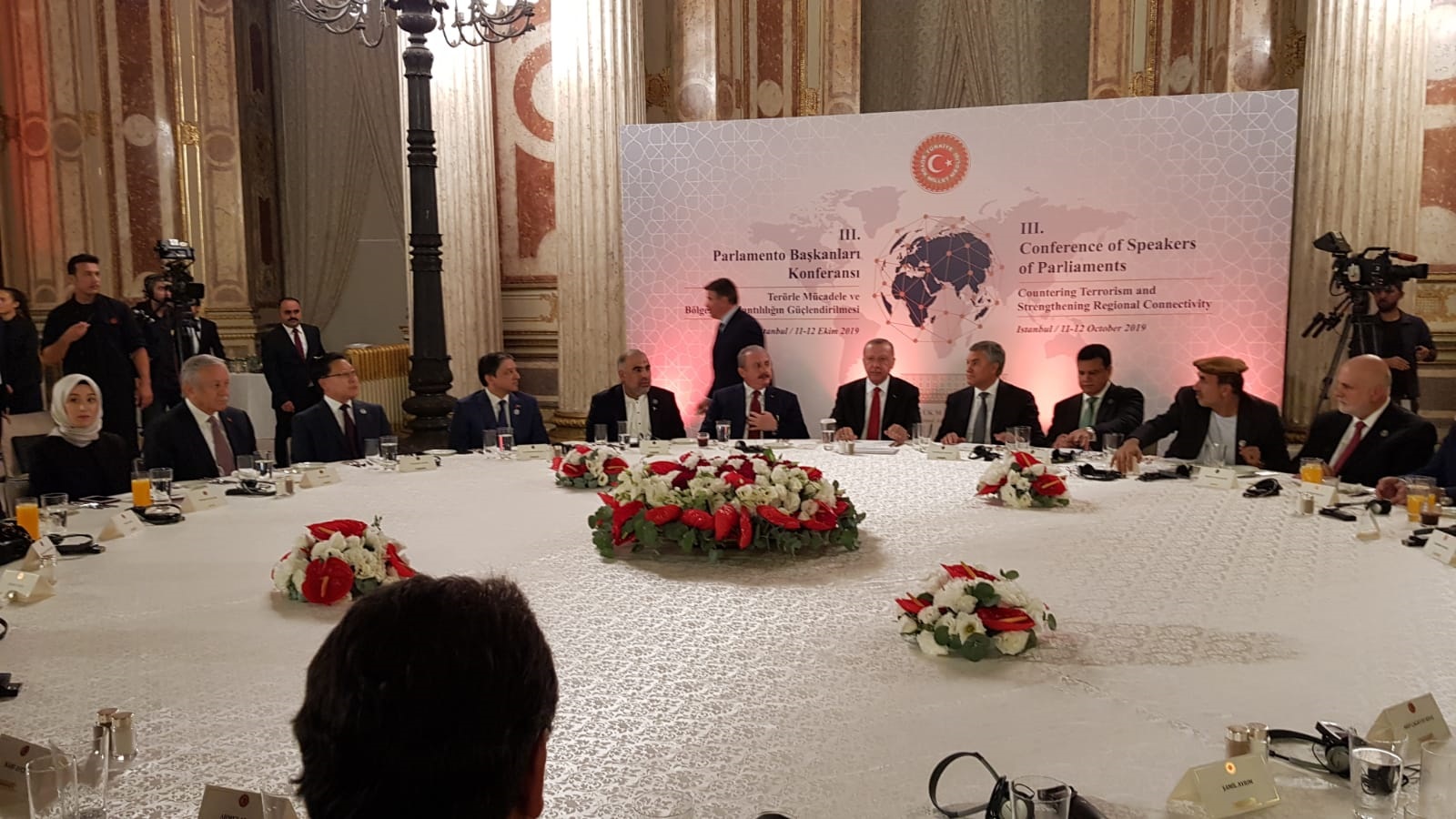 Deputy Chairman Senate Saleem Mandviwalla has that the world must do away with double standards and discrimination to give peace a chance to flourish for the sake regional and global development. He expressed these views at the Conference of  Speakers of Parliaments  “Countering Terrorism and Strengthening Regional Connectivity” being held in Istanbul. Speakers and parliamentary heads from different countries are participating in the conference. Regional connectivity, he said, can be truly realised when there is peace and security. He said that terrorism is a global challenge and Pakistan continued to lead the global war on terror as a frontline state for almost two decades now. “In the fight against terrorism, Pakistan has lost more than 70,000 precious people, and a loss of over $130 billion to its economy” Mandviwalla remarked. Despite a successful cleansing, our national resolve to defeat and banish terror from its roots remains firm, he observed. Addressing the participants, Deputy Chairman Senate informed that Pakistan braved these colossal losses on socio-economic, developmental and human fronts, and worked through a multi-tiered yet coherent strategy across all key government and security institutions. He said that Pakistan’s parliament has played a proactive role in building a strong and resilient legislative anti-terror edifice that comprehensively addressed the inter-connected issues of organizing, financing, arming, supporting and abetting terrorist violence.  He said that terrorism and violent extremism is borderless and faithless.

Deputy Chairman Senate also apprized the participant on situation in Indian Occupied Kashmir and said that Indian Prime Minister Modi has blatantly violated not just international human rights laws, but abused the very notion of “humanity” through the state-led genocide in Indian occupied Kashmir. Deputy Chairman Senate said that Modi continues to evade all offers for peaceful dialogue to resolve the Kashmir dispute. “This is not how we build regional connectivity and prosperity. This is not how peace-loving and progressive nations behave when it comes to building regional trust” he stated.

He specifically mentioned Pakistan’s relations with China and said that (CPEC) is the prime example of trust, where despite desperate efforts to sabotage the multi-billion-dollar investments through terrorism, Pakistan and China stood firm and united on this very pillar of trust. Mandviwalla called for discouraging and discarding the routes where only one nation reaps the benefits, and instead proposed to walk hand in hand on the roads that lead to mutual prosperity for our people and our region. He said that Turkey is one of the closest and most vocal allies of Pakistan and that our nations will strive to further enhance these brotherly relations.