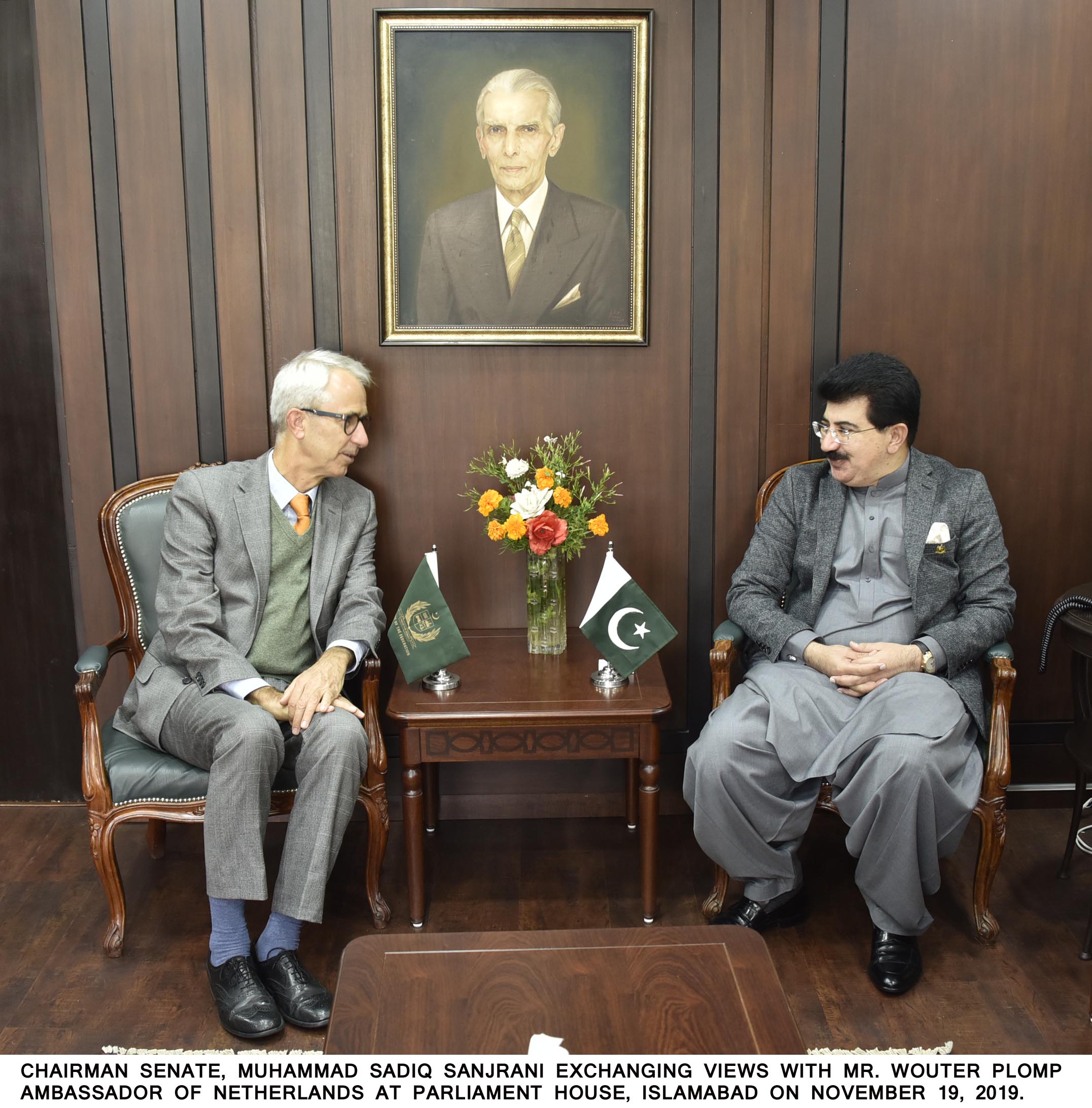 Chairman Senate Muhammad Sadiq Sanjrani observed that Pakistan traditionally enjoyed friendly relations with Netherlands and these ties were based on mutual trust, respect and shared perceptions on global issues.  He said that our bilateral relations are marked by convergence of views on issues of mutual interest.  He expressed these views in a meeting with Willem Wouter Plomp, Ambassador of Netherlands here at Parliament House on Tuesday.

Senate Chairman underscored the need for enhancing bilateral trade between the two sides as these exists a substantial potential for further expansion of trade and economic ties.  Chairman Senate further observed that Pakistan provides conducive environment for investment and would encourage more investments from Dutch companies in the field of renewable energy, agriculture and horticulture as well as water management.  “We look forward to more Dutch companies benefiting from Pakistan’s liberal trade and investment regime”, said Sadiq Sanjrani.

During the meeting Senate Chairman also highlighted the plight of people of Indian Occupied Kashmir and said that Indian forces have besieged the territory imposing curfew for the last three months.  Continuous lockdown of the valley has resulted into humanitarian crises calling for a global action against usurpers.  He said that people of the occupied valley are being subjected to sever torture and humiliation.  He called upon the global community to come forward and use its influence to pressurize India to stop human rights violations in IOK.

Dutch Envoy thanked Senate Chairman for his welcomed remarks and called for strong trade and economic relations between the two sides.  The two also agreed to further boost parliamentary cooperation with view to develop people to people contacts.