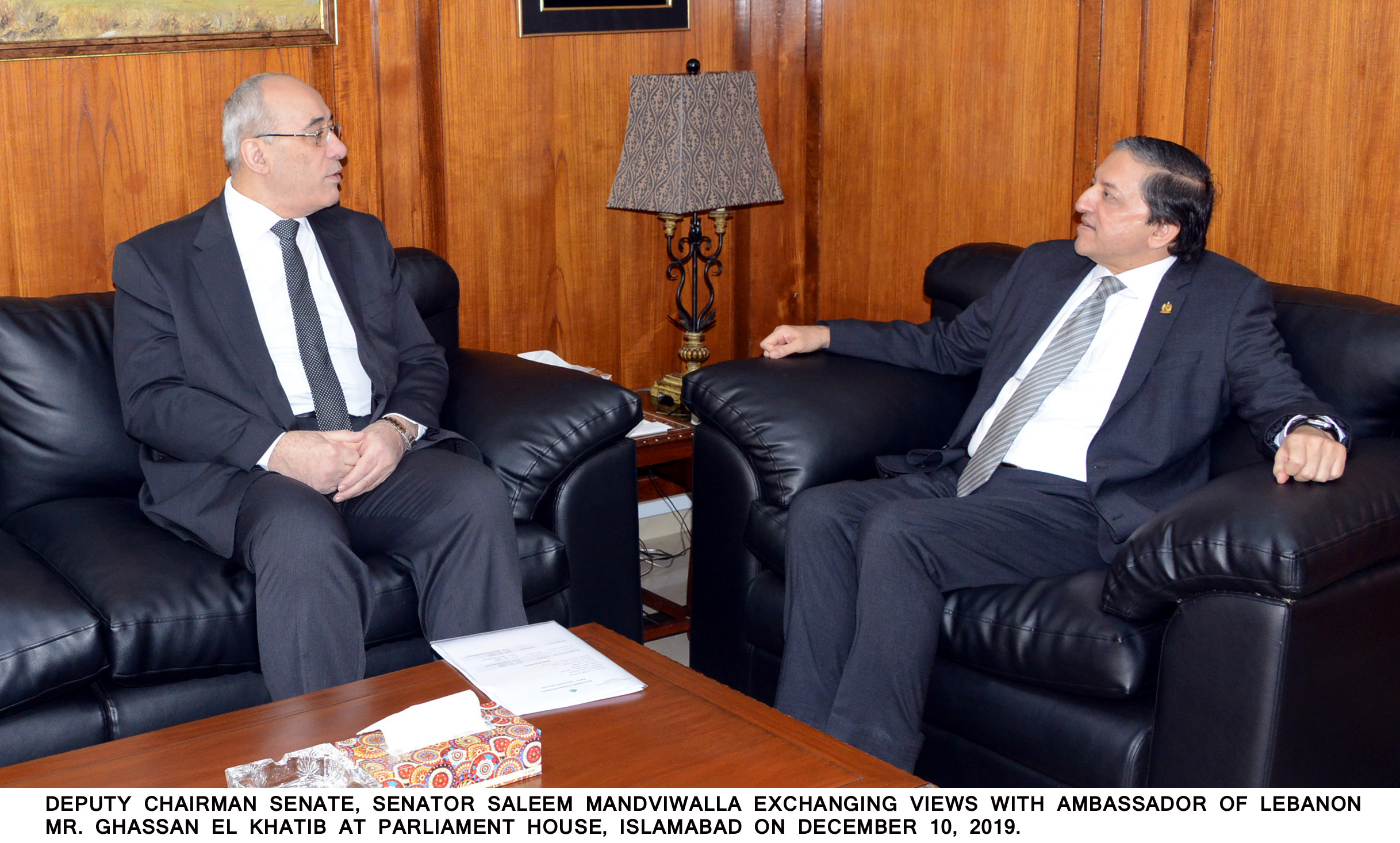 Ambassador of Lebanon H.E. Mr. Ghassan El Khatib made a courtesy call on Deputy Chairman Senate, Saleem Mandviwalla at Parliament House, Islamabad, on Tuesday and exchanged views over trade, investment and other issues of mutual interest.  Views on the continuing political situation in Lebanon was also exchanged.

Ambassador of Lebanon H.E. Mr. Ghassan El Khatib stressed that keeping in view the Lebanese population living outside Lebanon, if given stability Lebanon will evolve into the most diverse culture of the world.  He said that he is looking forward to the Lebanese delegation visiting Pakistan for Lebanon-Pakistan Political Consultations next year. The first round of these consultations was held in 2018 in Lebanon.

Ambassador of Lebanon H.E. Mr Ghassan El Khatib thanked the Deputy Chairman Senate for his hospitality and said that he looked forward to developing stronger links between the two countries.