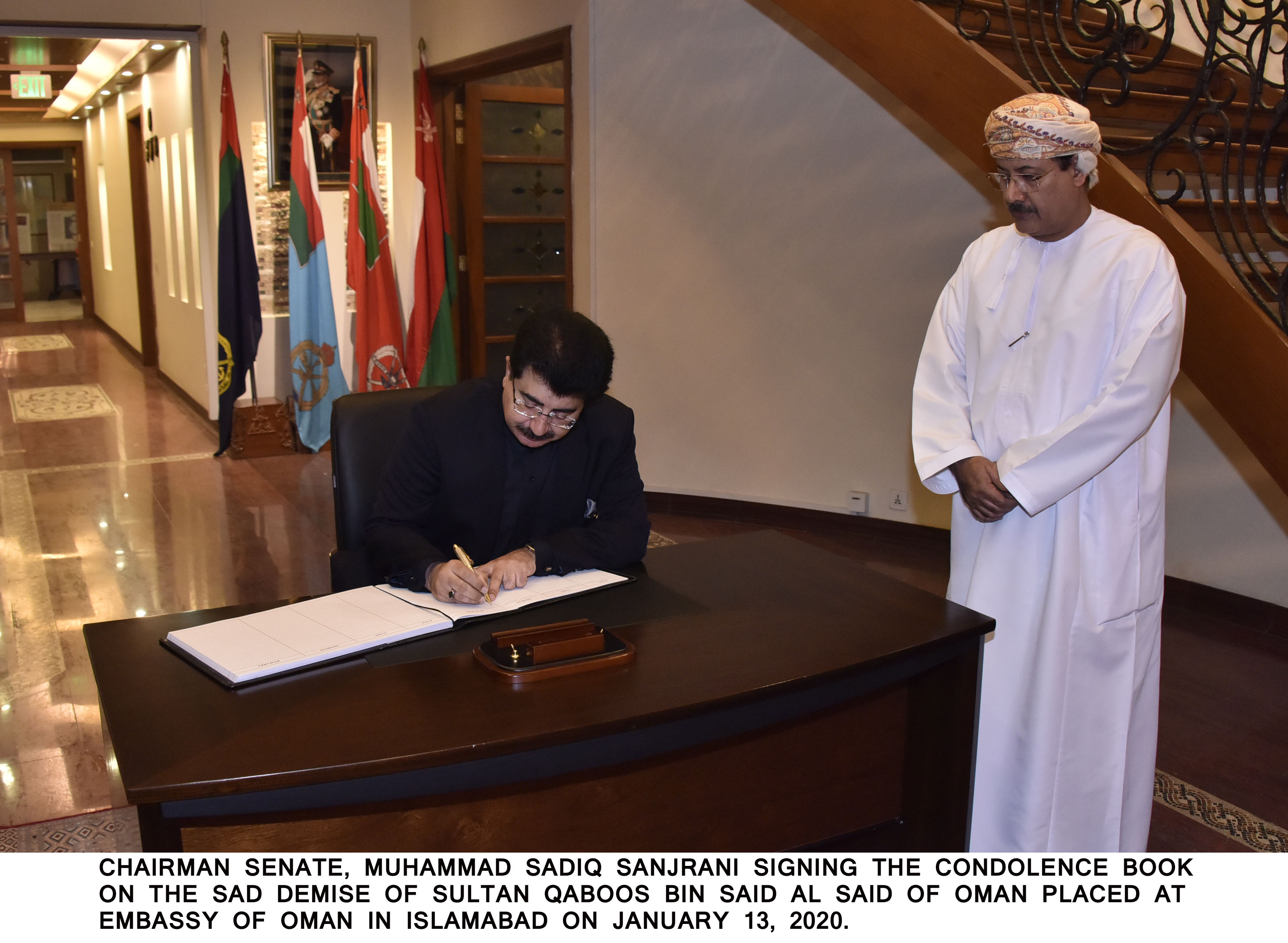 Chairman Senate Muhammad Sadiq Sanjrani has expressed his deep grief and condolences on the demise His Majesty Sultan Qaboos bin Said Al Said of Oman.    He said that we are deeply saddened and with the passing away of Sultan Qaboos , Pakistan has lost a sincere friend and Muslim has lost a visionary leader. Chairman Senate paid glowing tributes to the contributions made by Sultan Qaboos towards the social and economic development of Oman. He said that people, parliament and government of Pakistan mourn the demise of Sultan Qaboos.  Chairman expressed his sincere condolences to the bereaved family, the people and the government of Oman.