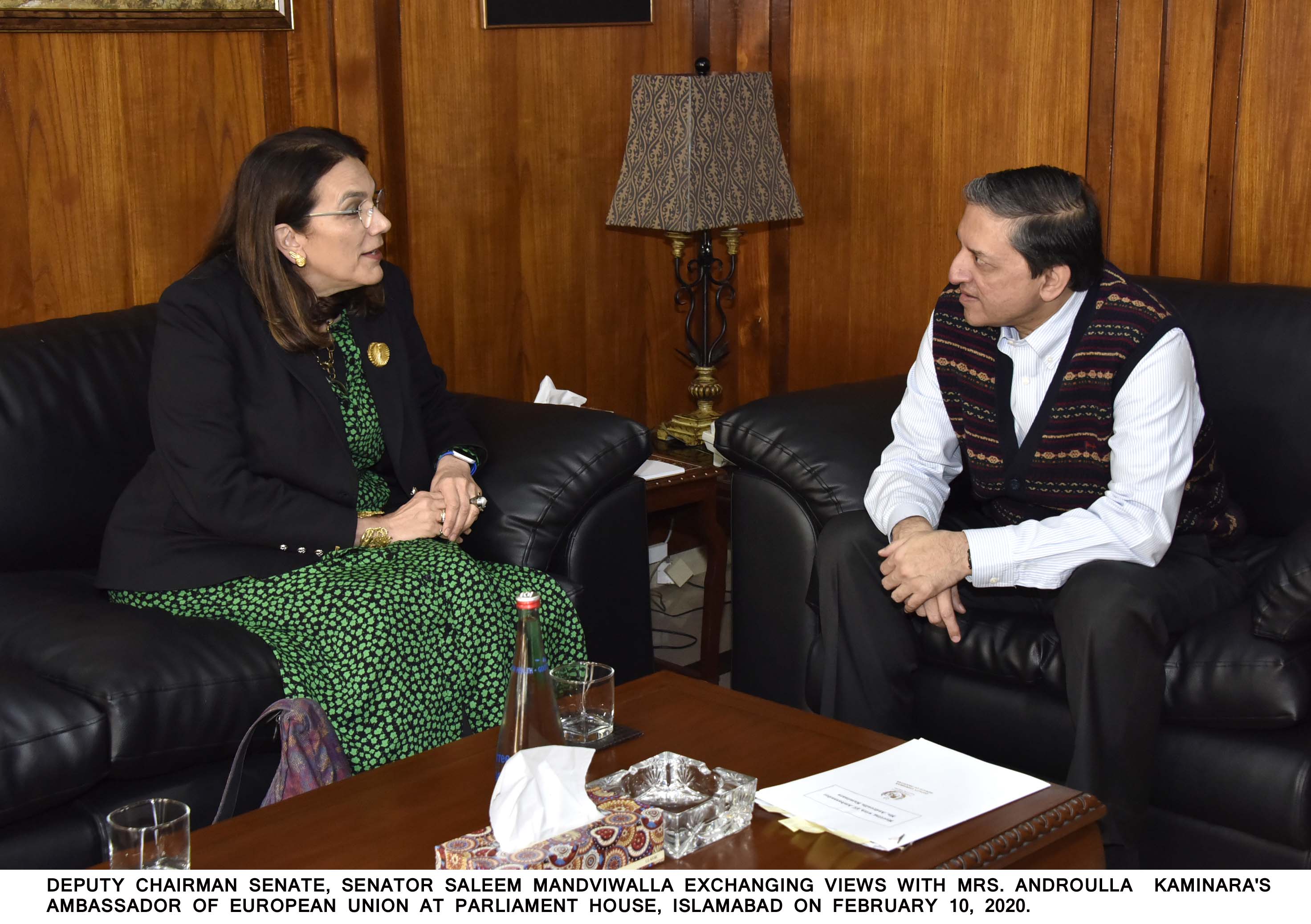 Deputy Chairman Senate Saleem Mandviwalla has said that Pakistan is keen to enhance mutual cooperation with European Union and strengthen intuitional collaboration through enhanced linkages at parliamentary level to work together for promoting understanding on issues of mutual concern. He expressed these views while talking EU Ambassador to Pakistan Ms. Androulla Kaminara during a meeting at the Parliament on Monday.  While the EU Ambassador, the Deputy Chairman Senate observed that Pakistan accords high importance to its relation with EU and same has been reciprocated in a similar fashion by extending support to Pakistan on many issues.

He suggested that parliaments and parliamentarians of both Pakistan and European Parliament should further engage in boosting mutually beneficial cooperation.

Deputy Chairman Senate also apprized the EU Ambassador about the blatant violations of Human Rights by Indian forces in Indian Occupied Kashmir. He said that Indian Occupied Forces are committing serious human rights abuses and violation of the international laws against innocent Kashmiri who are fighting for their basic rights of self-determination Indian forces, he said, have thrown to the wind international laws and human rights agreed among the comity of nations. He said that pallet guns are being used affecting the eye sight of children and women and the whole valley has been held hostage.

“We place our bilateral relationship with EU Parliament at a high esteem”, Deputy Chairman Senate remarked.  During the meeting both emphases was laid on frequent exchanges at parliamentary and other levels and promote parliamentary diplomacy to create a sense of mutuality and togetherness.  Senator Mandviwalla also extended invitation to the EU President to visit Pakistan at a convenient time.

EU ambassador agreed with the views of Deputy Chairman Senate and emphasized for more cooperation and institutional linkages.