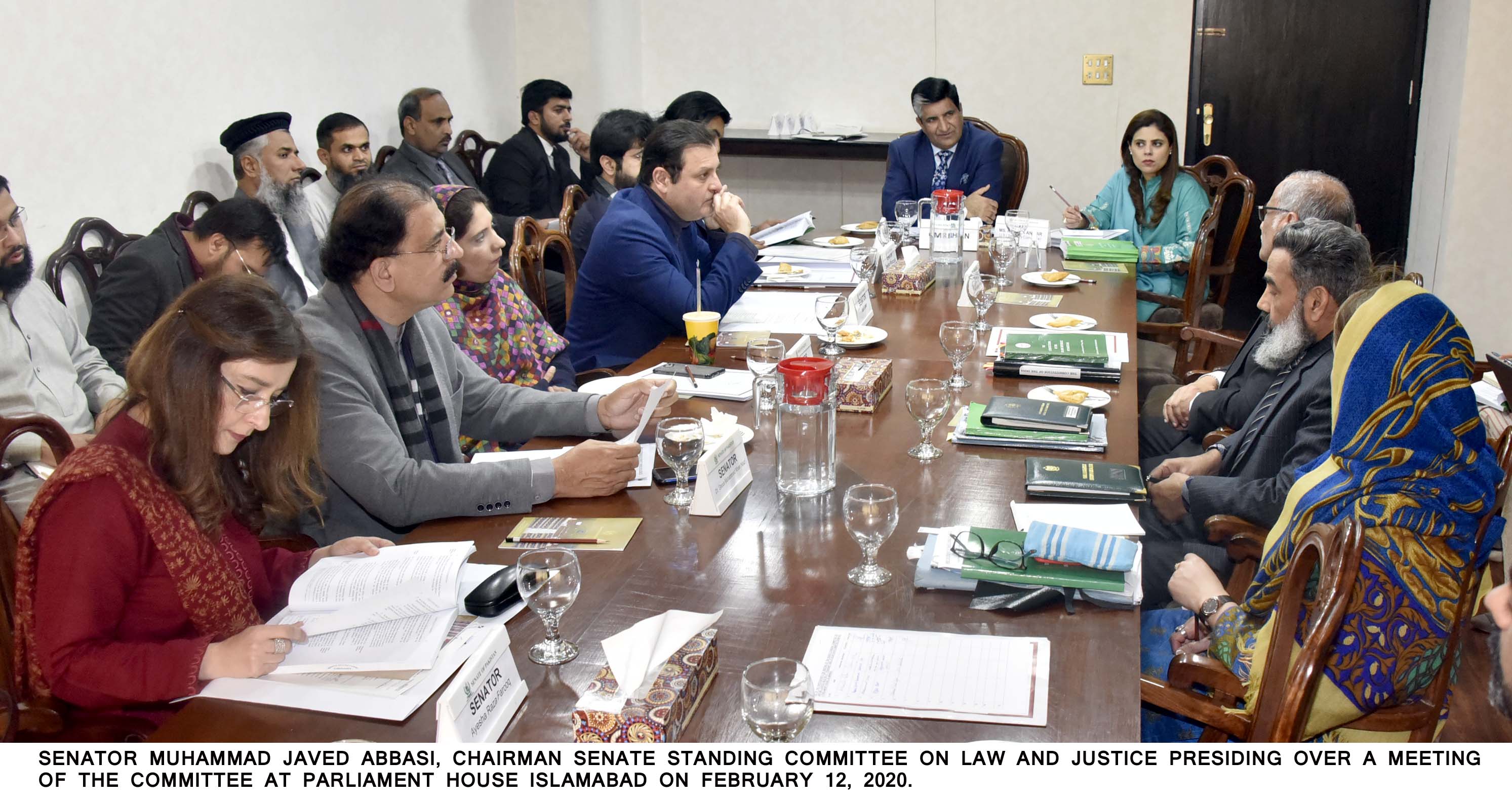 Senate Standing Committee on Law and Justice in its meeting deliberated upon the matter that current strength of Senate may continue and eight seats of the Senate from erstwhile FATA may be distributed amongst the four provinces equally increasing the number of general seats as referred by the Chairman Senate to the committee.

The meeting was held under the chairmanship of Senator Muhammad Javed Abbasi here at the Parliament House on Wednesday and was attended among others by Senators Muzaffar Hussain Shah, Sana Jamali, Zeeshan Khanzada, Walid Iqbal, Mustafa Nawaz Khokhar, Dr. Ghous Niazi, Secretary Law and Justice. On invitation from the Committee constitutional and legal experts also attended the meeting.

Chairman Committee explicated on the history of how the seats in the Senate membership have evolved over time. When the Constitution was promulgated in 1973 Senate seats were at 45, and they were subsequently increased to 63 in 1977, to 87 in 1985 to 100 in 2002, to 104 in 2010 and after merger of FATA in Khyber Pakhtunkhwa it will reduce to 96 when the present membership completes its tenure.

Discussion was held on the matter from the perspective of giving more and equal voice to every region in the Senate, having more political participation and balancing the dominance of the Lower House. The Committee had a considered view that the membership of the Senate should not reduce to 96 but decided to deliberate it further as to whether the number should be increased to 104 as it is now or to 100.