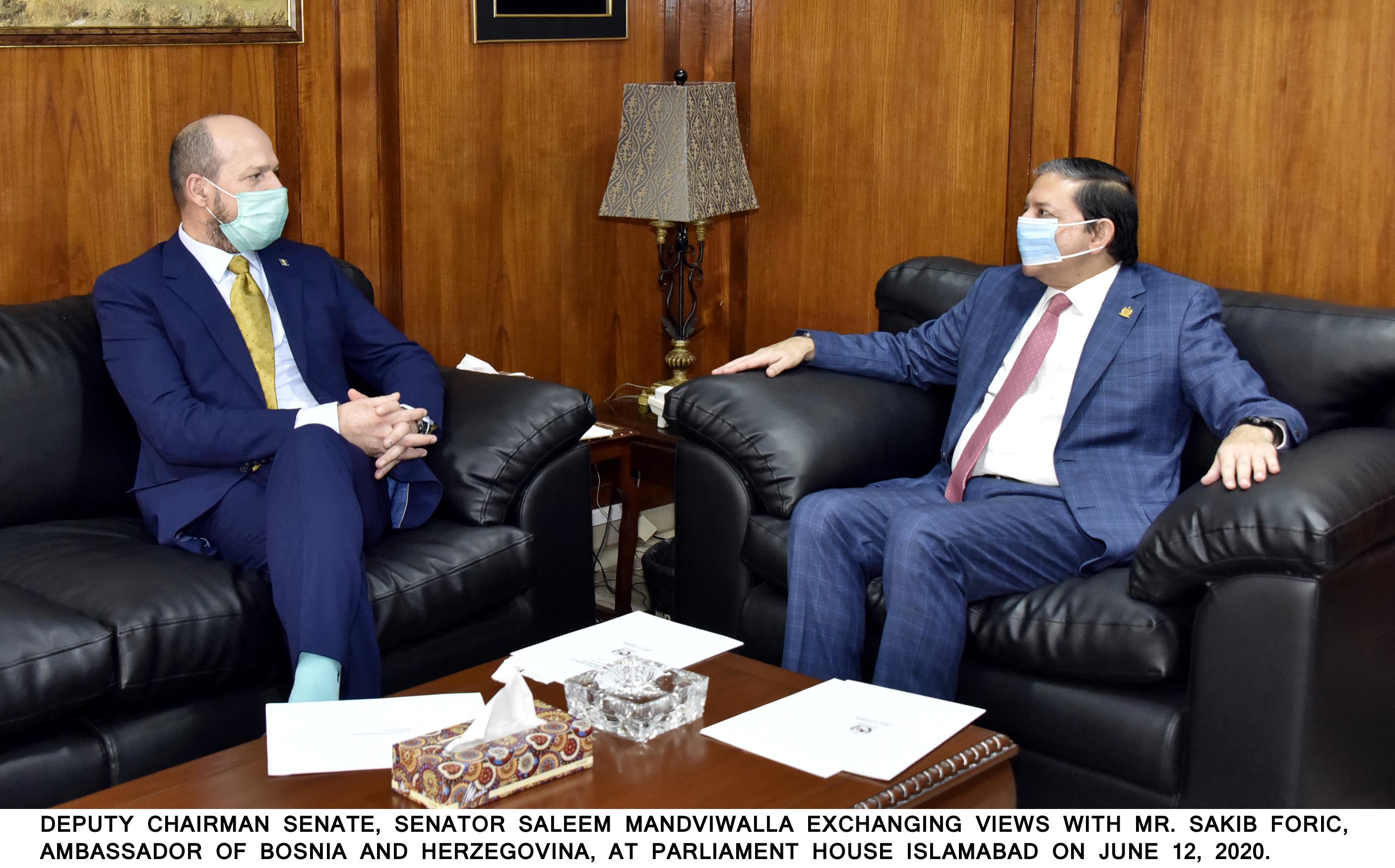 Event Title: Pakistan and Bosnia should explore the avenues for strengthening economic cooperation to enhance trade volume between the two countries

Pakistan and Bosnia should explore the avenues for strengthening economic cooperation to enhance trade volume between the two countries as there is a huge potential available for the business community.

This was deliberated during a meeting of the Ambassador of Bosnia and Herzegovina Mr. Sakib Foric with Deputy Chairman Senate Mr. Saleem Mandviwala here at Parliament House on Friday.

Talking to the Ambassador, Deputy Chairman Senate said that Pakistan is very keen to benefit from unexploited potential in the business sector and would focus on exchange of parliamentary and trade delegations between two countries to steer the agenda of boosting economic ties. Deputy Chairman Senate extended invitations to speakers of both Houses including the House of People and the House of Representatives of Bosnia to visit Pakistan. He suggested that business delegations will be visiting both sides.

Speaking on the occasion, the Ambassador of Bosnia and Herzegovina Mr. Sakib Foric said that Pakistani business community can benefit from conducive opportunities available in Bosnia which serve as a bridge between Pakistan and Europe. He apprised the Deputy Chairman Senate that there is a wide demand for Pakistani products particularly leather goods, wood produces and other items. He suggested that Pakistani businessmen can base their industries in Bosnia and can target the European markets for their products.

Deputy Chairman also called for close cooperation between two countries to cope with the challenges posed by the crisis arising out of COVID-19 epidemic and assure full support to Bosnia in this regard. Foreign Office was also taken into confidence to provide all support to Bosnia in fighting against coronavirus