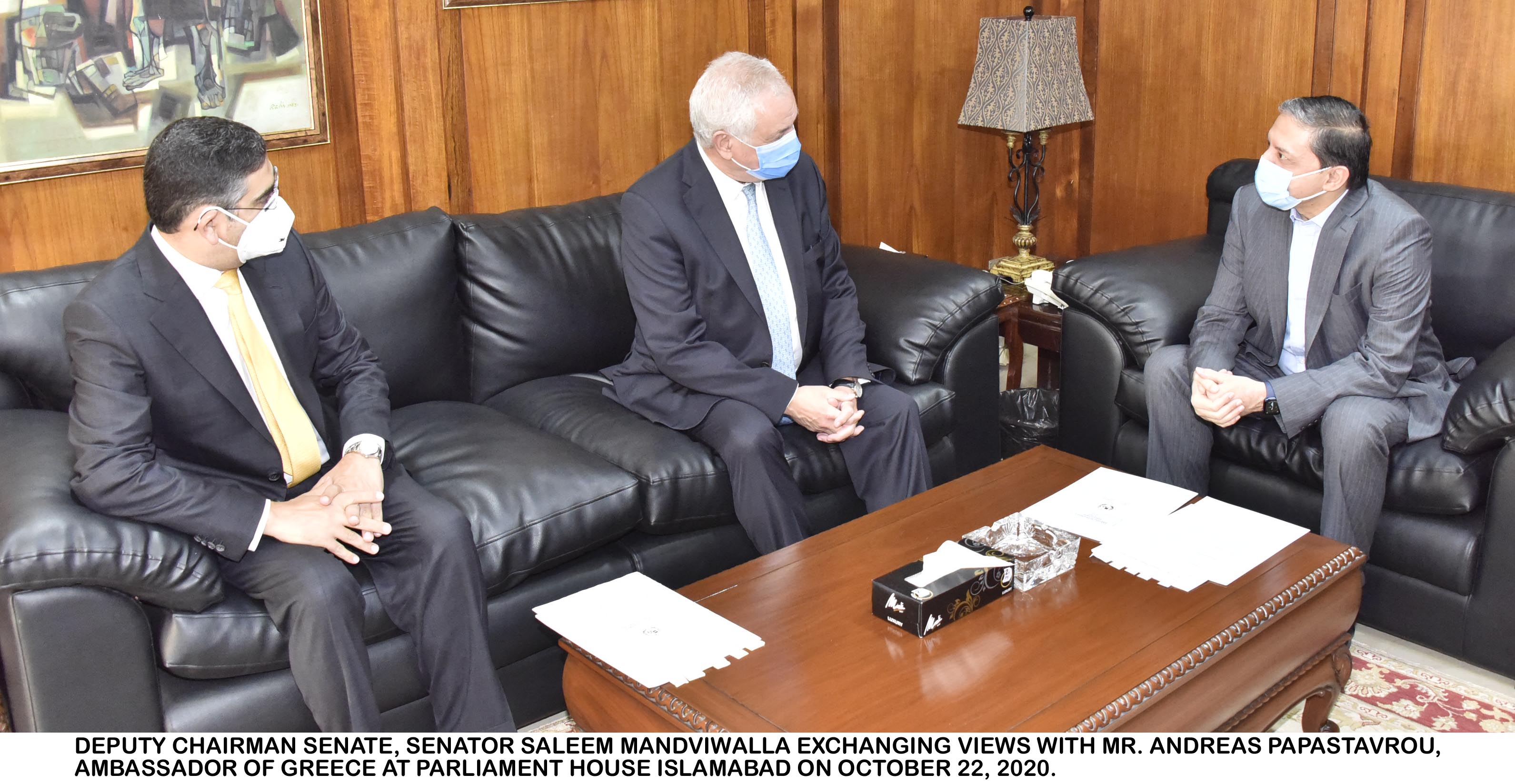 Deputy Chairman Senate Saleem Mandviwalla has said that Pakistan values its bilateral relations with Hellenic Republic of Greece and desires to further strengthen ties through mutual collaboration and frequent exchange of business delegations. He said that trade volume between the two sides is much below the mark as there is huge potential for bilateral trade.

Deputy Chairman Senate was exchanging views with the Ambassador of Hellenic Republic of Greece.  He said that both Islamabad and Athens have established diplomatic ties since long; however, there is need further boost friendly ties. He said that 50 thousand Pakistanis are living in Greece and working different sectors. He said that Pakistani diaspora is acting as a bridge between the two countries and contributing their part in development.  He underlined the need for enhanced for institutional linkages.

He said that friendship groups in respective parliaments can play a vital role in bringing the two sides more closer.

Ambassador of Greece thanked the Deputy Chairman for warm welcome and hospitality and emphasized the need for enhanced linkages at different levels. Senator Anawar ul Haq Kakar and Senator Behramand Tangi were also present during the meeting.