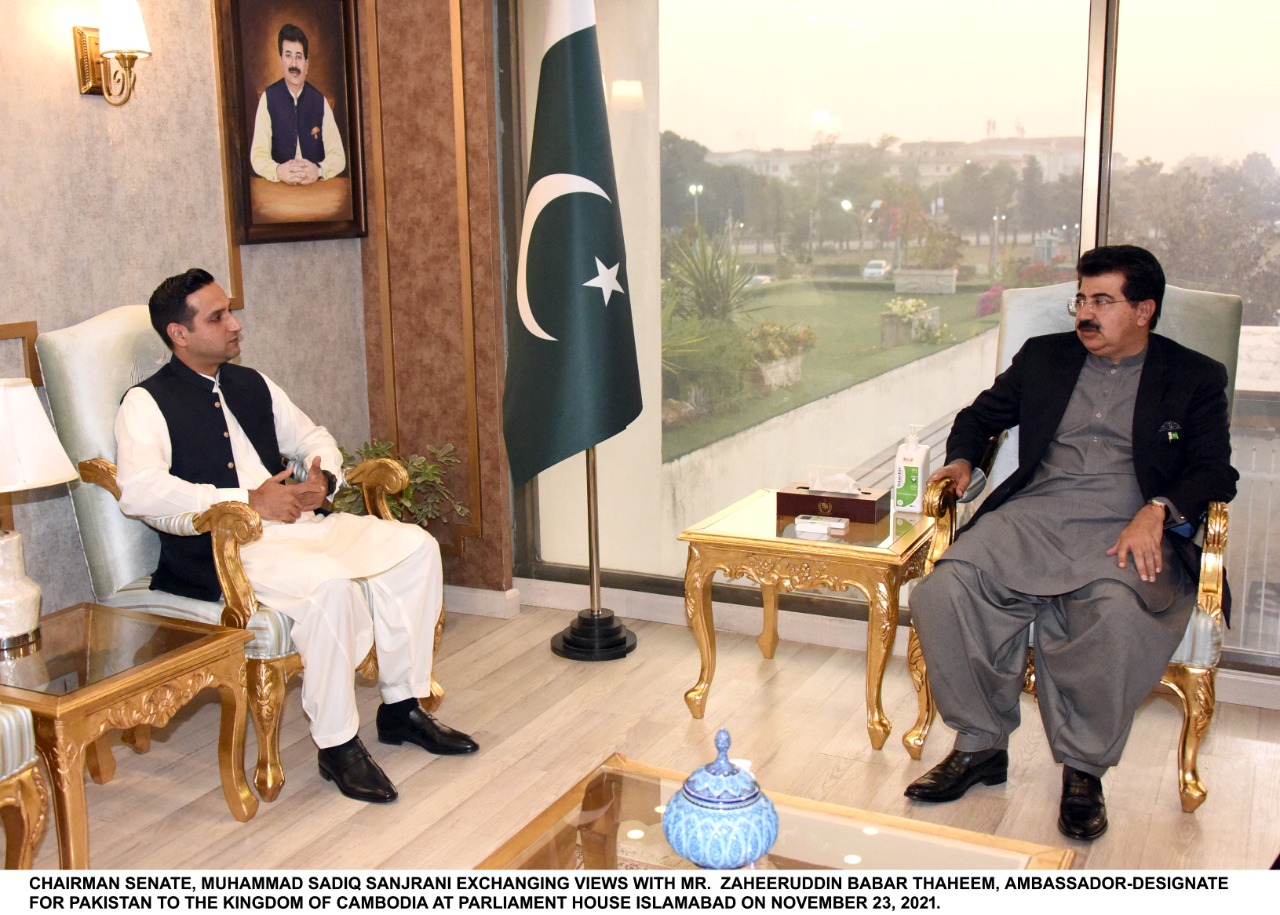 Bilateral relations between Pakistan and Cambodia were discussed during the meeting. The Chairman Senate congratulated Zaheeruddin Babar Thaheem on being designated as Ambassador of Pakistan to Cambodia.

Chairman Senate Muhammad Sadiq Sanjrani expressed the hope that he would make concerted efforts to further strengthen the bilateral economic relations between Pakistan and Cambodia. Sanjrani said that Pakistan values its relations with Cambodia and stressed the need to further strengthen relations with Cambodia in all areas of mutual interest, including politics, trade, economy and culture. He said that exchange of Parliamentary Delegations and Ministerial interactions is needed. The Chairman Senate directed the Ambassador-designate to take steps to promote trade and economic relations between the two countries besides increasing exports of Pakistani manufactured products and medicines to Cambodia.  Efforts should also be intensified to strengthen cultural ties.