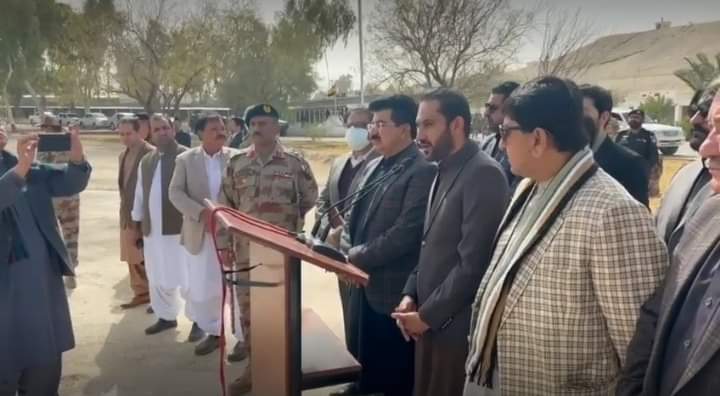 While expressing his view in Noshki, Chairman Senate Muhammad Sadiq Sanjrani strongly condemned the recent terrorist attacks on security forces in Noshki and Panjgur. He reiterated the nation's resolve to never allow terrorists to destabilize the country. "Terrorists will not be  allowed to succeed in their nefarious designs. We will not rest until the complete elimination of terrorism from the country." He added. Chairman Senate paid tribute to the brave soldiers of armed forces and law enforcement agencies of Pakistan who sacrificed their lives for the defense of the motherland. He said that the sacrifices of these martyrs will not go in vain. Balochistan has been facing terrorism for a long time due to which the development process of Balochistan is being hampered and these cowardly acts are being perpetrated to prevent Balochistan from prospering. "No one will be allowed to hamper the prosperity and development of Balochistan any further". said Chairman Senate. The results of the successful security operations of the Armed Forces to eradicate terrorism are coming to light . He said that the people of Balochistan have so far shown extraordinary bravery and resilience and the people, leaders of Pakistan stand shoulder to shoulder with the security forces and institutions of the country till the complete eradication of terrorism. Chairman Senate said that inshallah the dream of a peaceful, prosperous and developed Balochistan will soon become a reality.