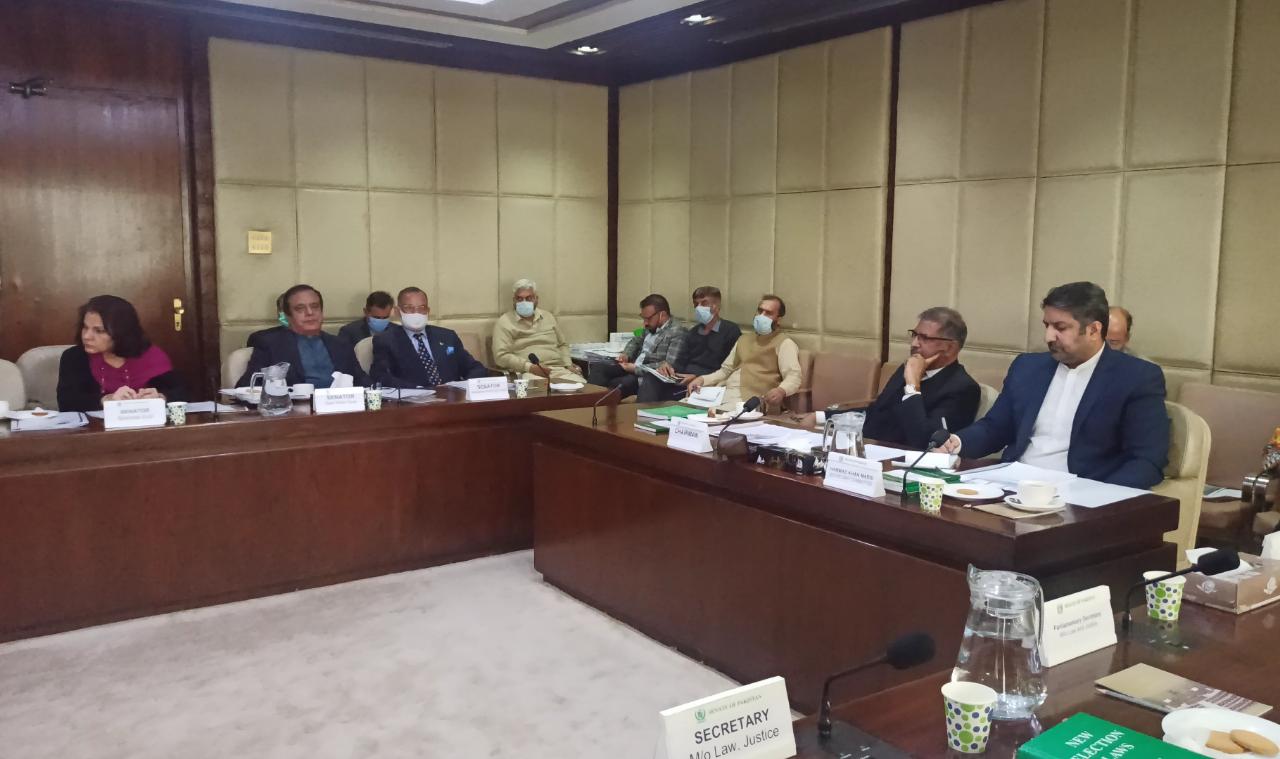 Law and Justice Committee Decides to Hold Public Hearings to discuss the Creation of New Provinces including a Province of South Punjab and Bahawalpur.

The Committee also decided to take up the Issue of Appointment of Judges and Regulation of suo moto powers separately.

The Senate Standing Committee on Law and Justice on Wednesday decided to take up anti-rape cases with specific regards to Faisalabad Incident. “Rape cases cannot be taken lightly and negligence in implementation of the Anti-Rape laws will not be tolerated, continuous monitoring is the only answer to bring those who commit these heinous crimes to justice ”, Stated Senator Syed Ali Zafar while directing the committee to take up anti rape cases in the subsequent meetings. The Chairman Committee directed to summon the IG’s of all the Provinces including the Federal and Provincial IG’s, the Secretary for Interior and the Home Secretary, to discuss the impediments in implementing the law and obtaining practical suggestions for improving the investigation and prosecution of rape cases.

The Chairman Committee also decided to hold public hearings on the matter of Creation of Provinces throughout Pakistan. Syed Ali Zafar also decided to take up the matters of “appointment of Judges” and “suo moto powers” in separate agendas respectively.

Islamabad (09th February 2022):- The Senate Standing Committee on Law and Justice met under the Chairmanship of Senator Syed Ali Zafar to discuss various Private Members Bills here at the Parliament House on Wednesday.

At the onset, the Chairman Committee regretted the absence of the Minister, whom he noted should have been present to state the policy of the Government on the important constitutional amendments relating to the issuance of Ordinances and other constitutional matters.  The Chairman Committee directed to ensure the presence of the Minister in the next proceedings, failure of which shall result in the final decision on the Bills with representation of the committee members by Majority Voting.

Constitutional [Amendment] Bill, 2021 [Amendment of Article 59 introduced in the Senate sitting held on 31st May, 2021 was taken up for deliberation.

Senator Seemi Ezdi presented that the Bill intends to amend Article 59 of the Constitution. Senator Seemi Ezdi suggested that the two persons with disabilities, one from each Province, shall be elected by the members of each Provincial Assembly. The members from the Provinces would rotate in every term in alphabetical order of the Provinces. The committee was apprised that the Ministry of Parliamentary Affairs, The Ministry of Human Rights, the Government of Baluchistan and Government of Khyber Pakhtunkhawa are not supporting the subject Bill; however comments of the Provincial Government of Sindh and Punjab are still awaited.

The committee members unanimously believed that since there is no bar on a disabled person, the right to elect, the bill would out rightly stretch law. The committee also observed that the examples quoted from the worldwide practices are that of the disabled elected members and not of a separate quota for disable persons. The Ministry held the same view and did not support the Bill. The Bill was deferred for further deliberation by the committee.

The meeting was attended by Senator Syed Shibli Faraz, Senator Muhammad Azam Khan Swati, Senator Mian Raza Rabbani and Senator Seemi Ezdi. Secretary Ministry of Law and Justice and other officials of the attached departments were also in attendance.