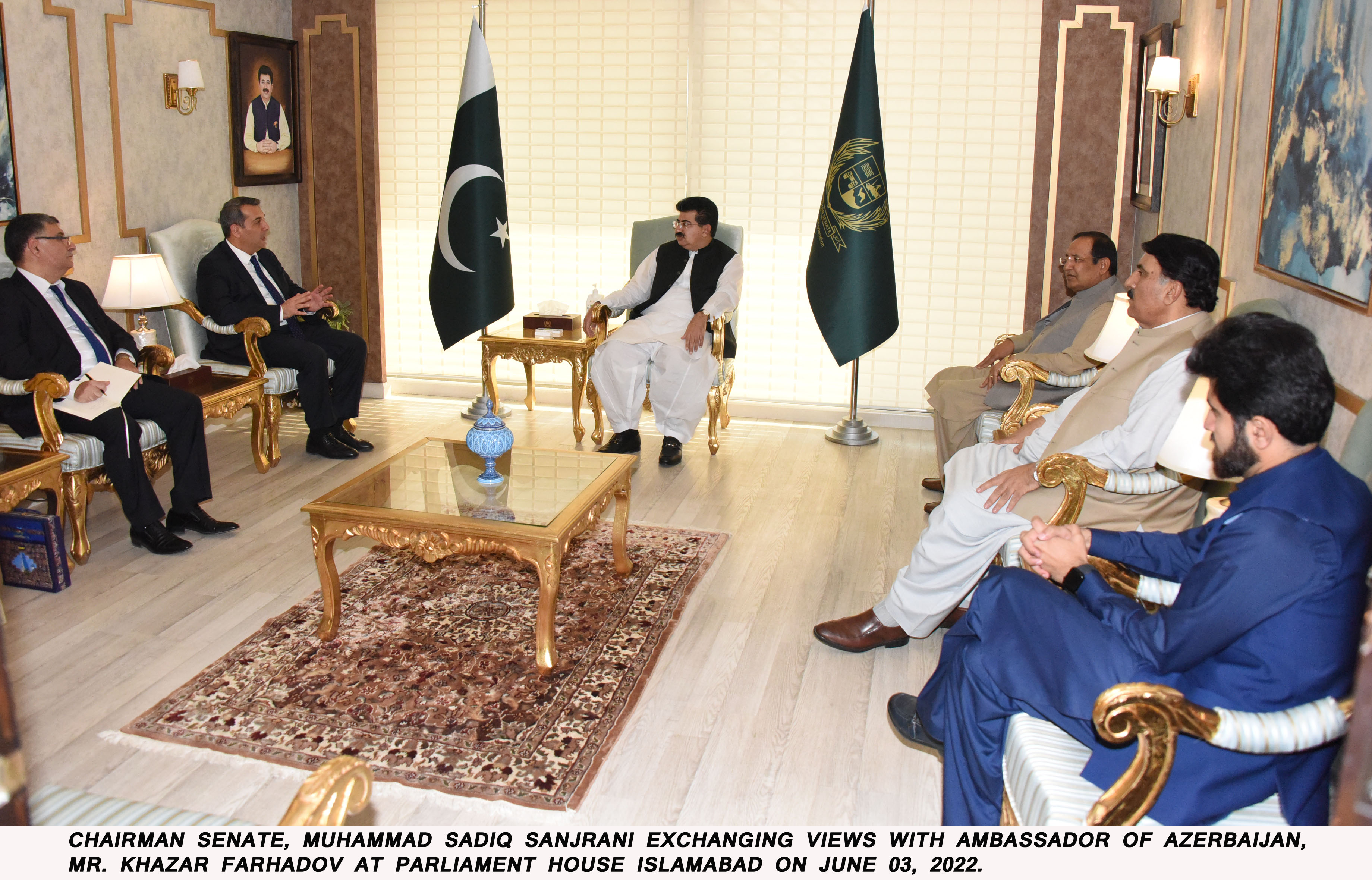 Islamabad (June 3, 2022): Chairman Senate Muhammad Sadiq Sanjrani received Ambassador of Azerbaijan H.E Khazar Farhadov at the Parliament House today. Senators Dilawar Khan, Zeeshan Khanzada and Naseebullah Bazai were also present in the meeting. During the meeting, bilateral relations, issues of mutual interest and regional situation were discussed in detail. The Chairman Senate said that Pakistan is keen to further strengthen relations with Azerbaijan by promoting parliamentary and economic ties. The two countries have vast opportunities for cooperation in trade, education, energy, health and other fields. The Chairman Senate said that the launch of direct flights between Pakistan and Azerbaijan is a important development and will further boost tourism and people to people contact.  Muhammad Sadiq Sanjrani said that Pakistan and Azerbaijan are bound by eternal ties of religion, brotherhood and history.  Pakistan is keen to further expand bilateral relations through parliamentary and economic cooperation.  During the meeting, emphasis was laid on increasing the bilateral trade volume between the two countries. The Chairman Senate said that the Members of Parliament of both the countries could play an important role in bringing the two nations closer. Azerbaijan's Support for Pakistan's position on Kashmir is commendable.  Pakistan wants to extend CPEC project to Central Asian routes. The CPEC project allows Central Asian states, including Azerbaijan, to use the Gwadar port in order to boost trade in the region. The Azerbaijani ambassador said that Azerbaijan was keen to further expand relations with Pakistan and that parliamentary diplomacy could play an important role in strengthening bilateral relations.