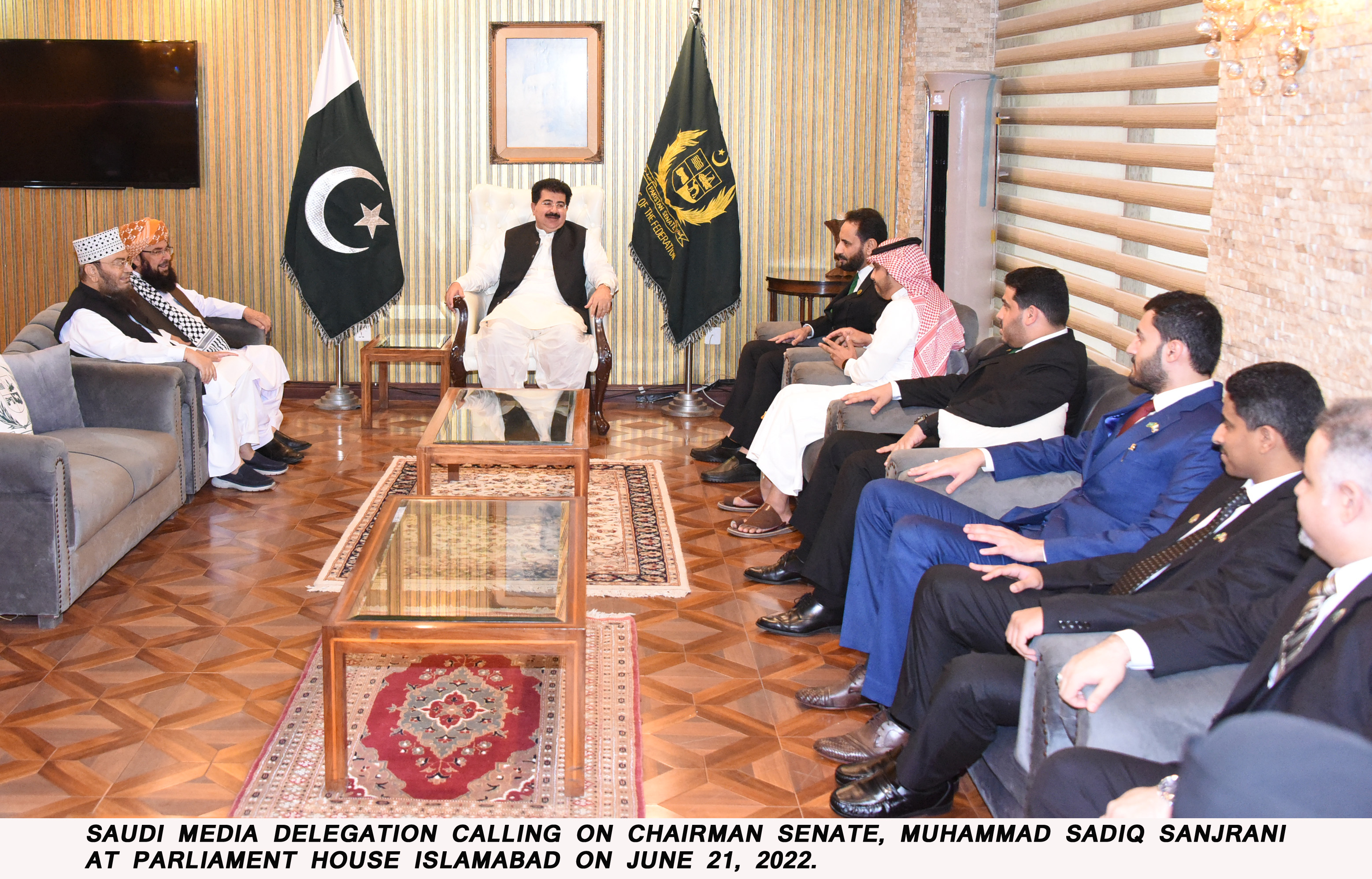 The Senate Chairman said that cooperation with the Saudi government would continue in order to facilitate the pilgrims. Senator Maulana Abdul Ghafoor Haideri and Senator Hafiz Abdul Karim also termed Pakistan-Saudi Arabia relations as historic. The Chairman Senate said that the Custodian of the Two Holy Mosques has always attached great importance to Pakistan-Saudi relations and millions of Pakistanis reside in Saudi Arabia and are playing important role in the economic development of Saudi Arabia. Pakistani diaspora is acting as a bridge between the countries. Sadiq Sanjrani praised Saudi Arabian leadership's vision of economic prosperity and development. The Senate Chairman also commended Saudi Arabia for its reliance on modern technology and assured the delegation of his full cooperation. Expressing their views on the occasion, the Saudi delegation said that "We are very happy to come to Pakistan and Pakistan is an important country for Saudi Arabia. We have come to serve our Pakistani brothers".  The delegation apprised the Chairman Senate of the aims and objectives of the Road to Makkah project and expressed their desire to further strengthen bilateral cooperation.