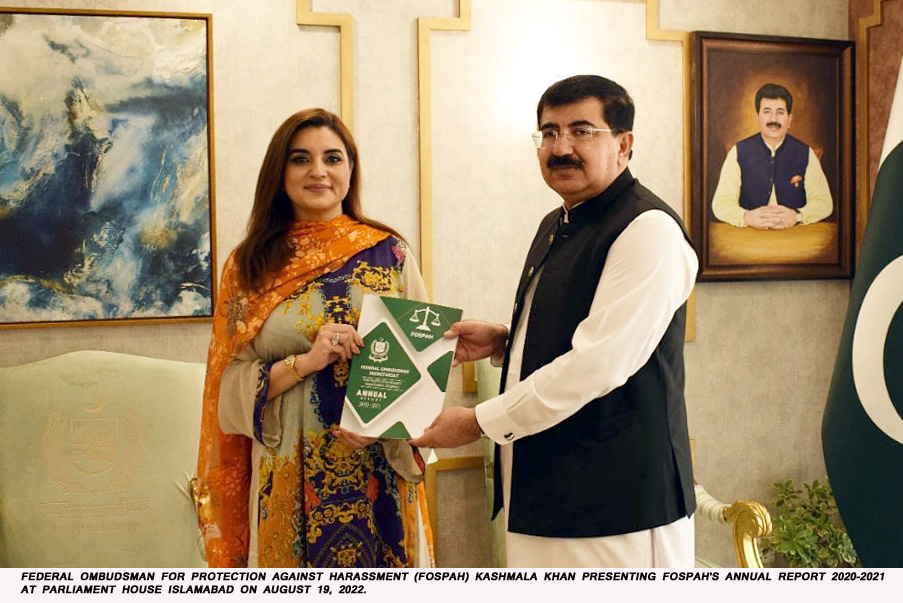 Muhammad Sadiq Sanjrani while lauding the work and efforts of Kashmala Tariq as the Federal Ombudsman for Protection against Harassment said that the institution has played a key role in empowering women. "Women have played an important role in the political, social and economic development of Pakistan" stated Sanjrani,  he said that the Federal Ombudsman for protection against Harassment should be strengthened and empowered to protect the rights of women, he further added.

Chairman Senate said that the role of women is very important for the development of a nation, to provide safe and free environment to women is their basic right, so that they can perform national services well.