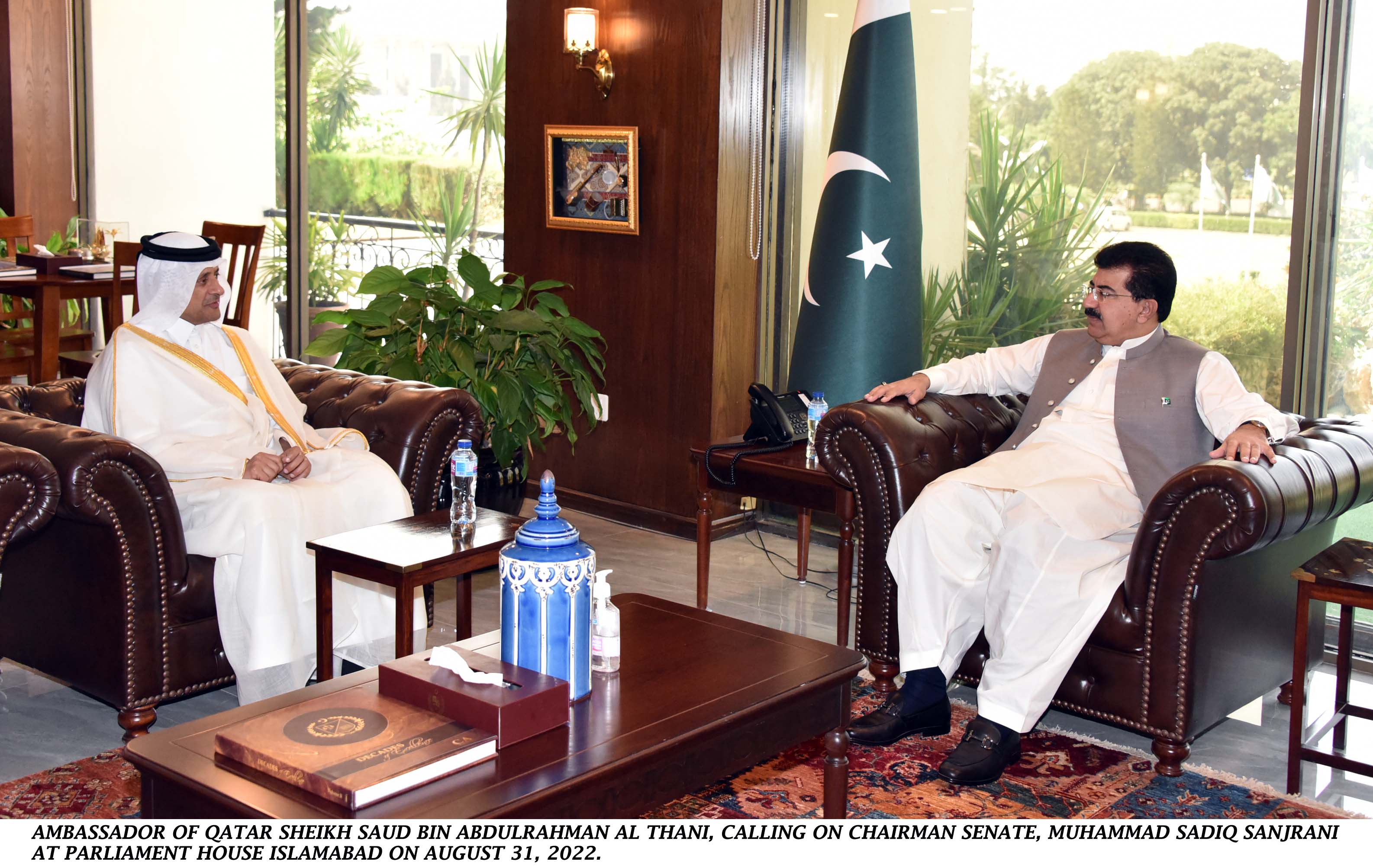 In a meeting with the Ambassador of Qatar, H.E Sheikh Saoud Abdul Rahman Al-Thani, who called on the Chairman Senate here at Parliament House on Wednesday, Sadiq Sanjrani called for enhancing trade, diplomatic and institutional cooperation. Matters of mutual interest, bilateral relations and the prevailing flood situation in Pakistan were discussed during the meeting. The visiting dignitary expressed solidarity and regretted the loss of precious lives due to the devastating flash flood in Pakistan. During the meeting, Sanjrani called upon the international community to step forward and support Pakistan in this hour of need as no country alone can tackle and cope with such natural disasters and emergencies. Sanjrani commended the support of the developed countries and especially Qatar extended to Pakistan during these testing time. Chairman Senate underlined that Pakistan and Qatar have a common vision for the development and prosperity of the region, adding that trade, diplomatic, parliamentary and institutional cooperation needs to be enhanced further. Pakistani diaspora living in Qatar are playing an important role in the economic development of Qatar and cementing ties between the two countries. The meeting also discussed and agreed on speeding up exchanges of high-level delegations and taking economic ties to new heights. While discussing the current flood situation in Pakistan, Chairman Senate stressed the need for speeding up the relief efforts as scores of people, particularly in Balochistan and Sindh have suffered due to the large-scale defacement caused by the flash floods.  Hailing the efforts of the Emir of Qatar, Sanjrani said that the Emir of Qatar has played a key role in the overall economic development and prosperity of Qatar. The efforts of the Emir of Qatar are praise-worthy and inspirational, he added. Both sides reiterated their resolve for supporting each other during hard times and further enhancing cooperation in diverse fields.