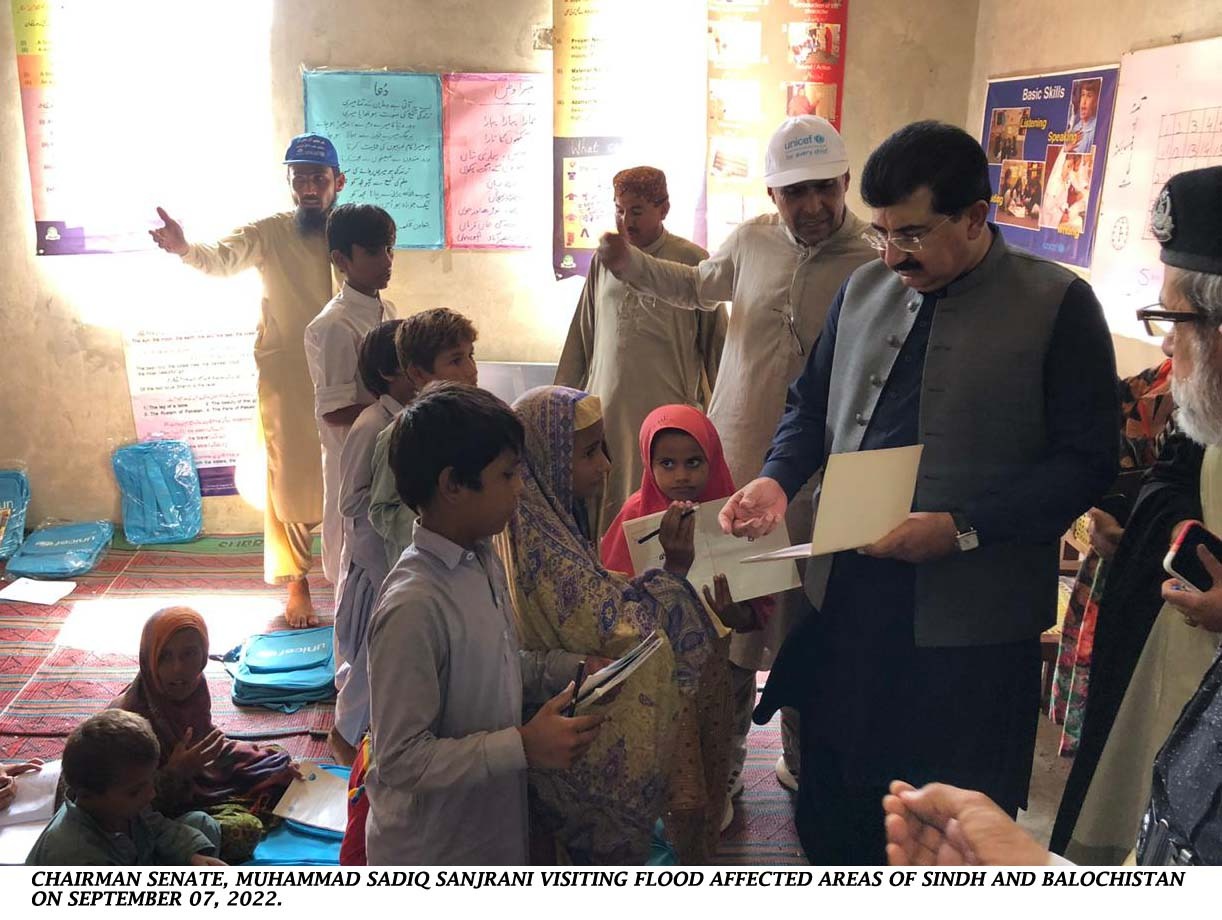 Chairman Senate met the flood victims. He expressed sorrow over the loss of precious lives and issued instructions to the authorities to provide all possible support to the people.
Speaking to the media on the occasion, the Senate Chairman said that most of the roads and communication systems were badly affected due to the flood, due to which there were difficulties in delivering aid to the victims.  He said that now aid has started arriving and the situation is improving.  Chairman Senate further said that the people of Pakistan are courageous and strong hearted. He added that all developed countries are coming forward to help Pakistan. The United States, Saudi Arabia, Qatar, China, Azerbaijan and especially the government of Turkiye have assured their full cooperation.  "On behalf of the people and Government of Pakistan, I thank all those countries who are providing the necessary assistance in this difficult time". He further said that even within the country, Pakistani people are doing everything to help their fellow countrymen. The Chairman Senate appealed to the people to express solidarity with their flood-affected brothers and sisters and help them in every possible way. A flood situation caused by such unexpected and heavy rainfall is unprecedented in history.  All the organizations are doing their best to reduce the suffering of the common people. Coping with such a worst flood situation is only possible through unity and solidarity. Affluent sections of the society should actively participate in the relief and rehabilitation work