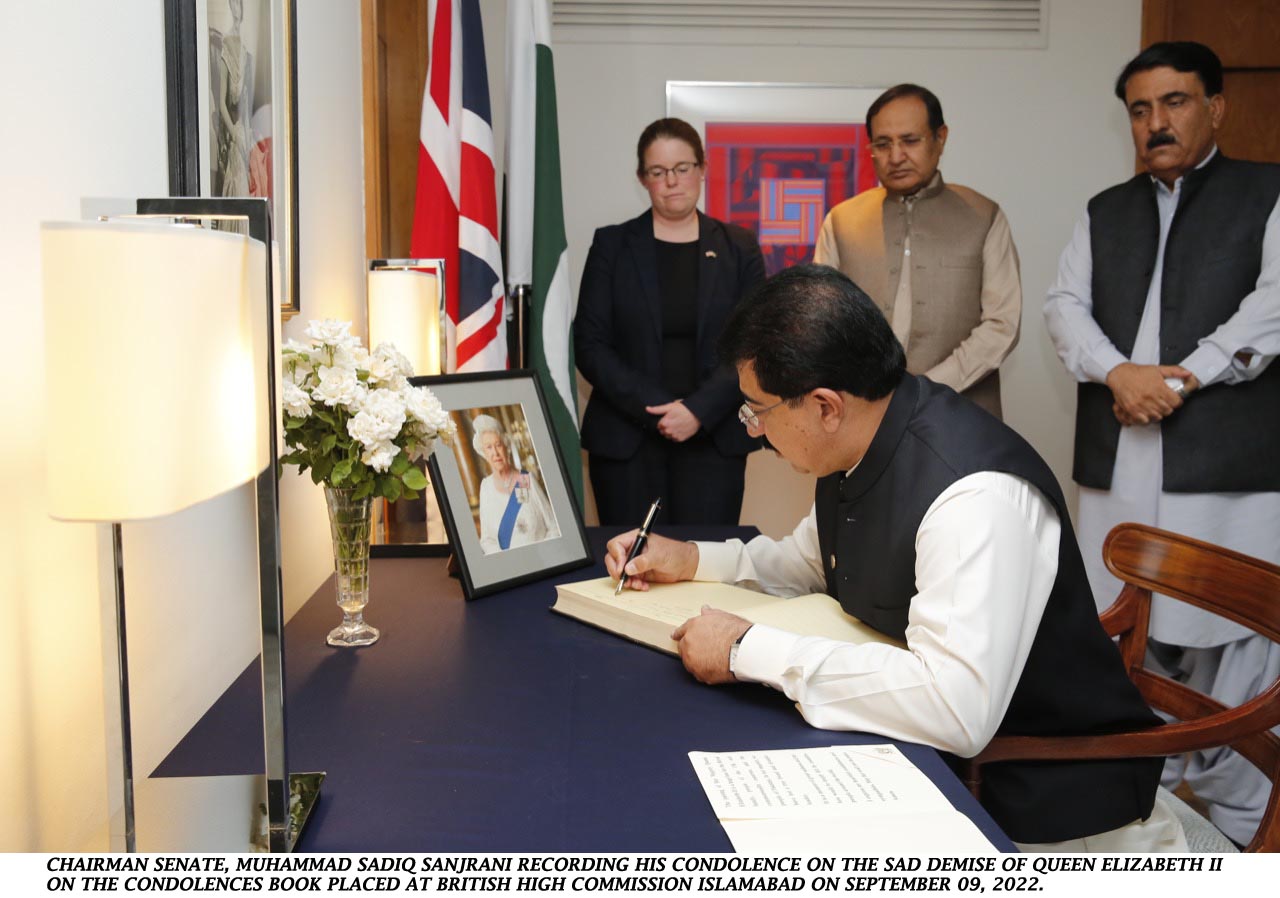 Chairman Senate Muhammad Sadiq Sanjrani along with senators Dilawar Khan and Naseebullah Bazai Visited the British High Commission in Islamabad to express condolences on the demise of Queen Elizabeth II. While recording his impressions in the condolence book, the Senate Chairman said" The passing of Her Majesty Queen Elizabeth-II is a huge loss for the Royal family, people of the UK and commonwealth countries, and the people of Pakistan. In her majesty, we have lost a true friend, dynamic leader and a matchless visionary.

It is a moment of great sadness and her loss would be deeply felt by countless people around the world. We mourn profoundly the passing of a cherished sovereign and a much-loved dignitary. While I mourn her passing, I am comforted and sustained by my knowledge of the respect and deep affection in which the Queen was so widely held.
I express my heartfelt condolences and sympathies to the Royal family, and governments and people of the UK".