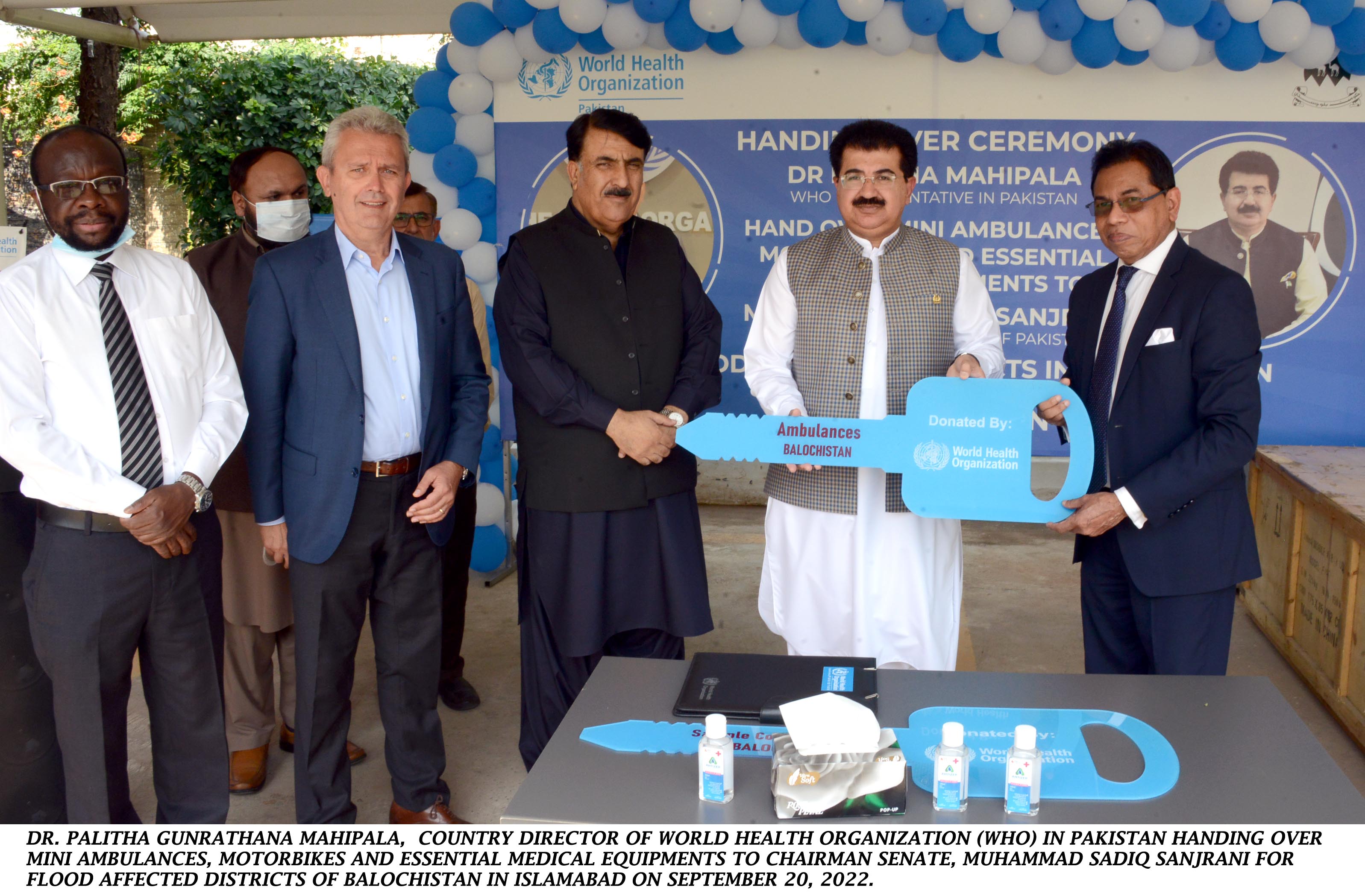 There are Malaria, Dengue and Diarrhea outbreaks in the flood affected areas and People are also facing malnutrition. He said that WHO is working to eliminate malnutrition among children and we are trying to provide all possible assistance to Pakistan in this difficult time. Chairman Senate Muhammad Sadiq Sanjrani on behalf of Senate and People of Pakistan thanked WHO Chief for his efforts in providing relief to far flunged areas and underprivileged population of Balochistan. After the initial relief efforts, we need to focus on difficult and important phase of rehabilitation. WHO should focus on providing clean water and food to the people. WHO's efforts to protect people from epidemics and diseases in affected areas are commendable. He said that a special health committee has been established on the request of the WHO chief and the committee will work with the advice of the WHO and will play a key role in providing basic health services to the people of Pakistan and especially Balochistan. Chairman Senate further said that WHO has played an excellent role in providing basic health facilities to remote and backward areas of flood-affected Balochistan. I also thank you on behalf of the people and government of Balochistan and together with WHO we will bring positive change in the health sector of Pakistan.