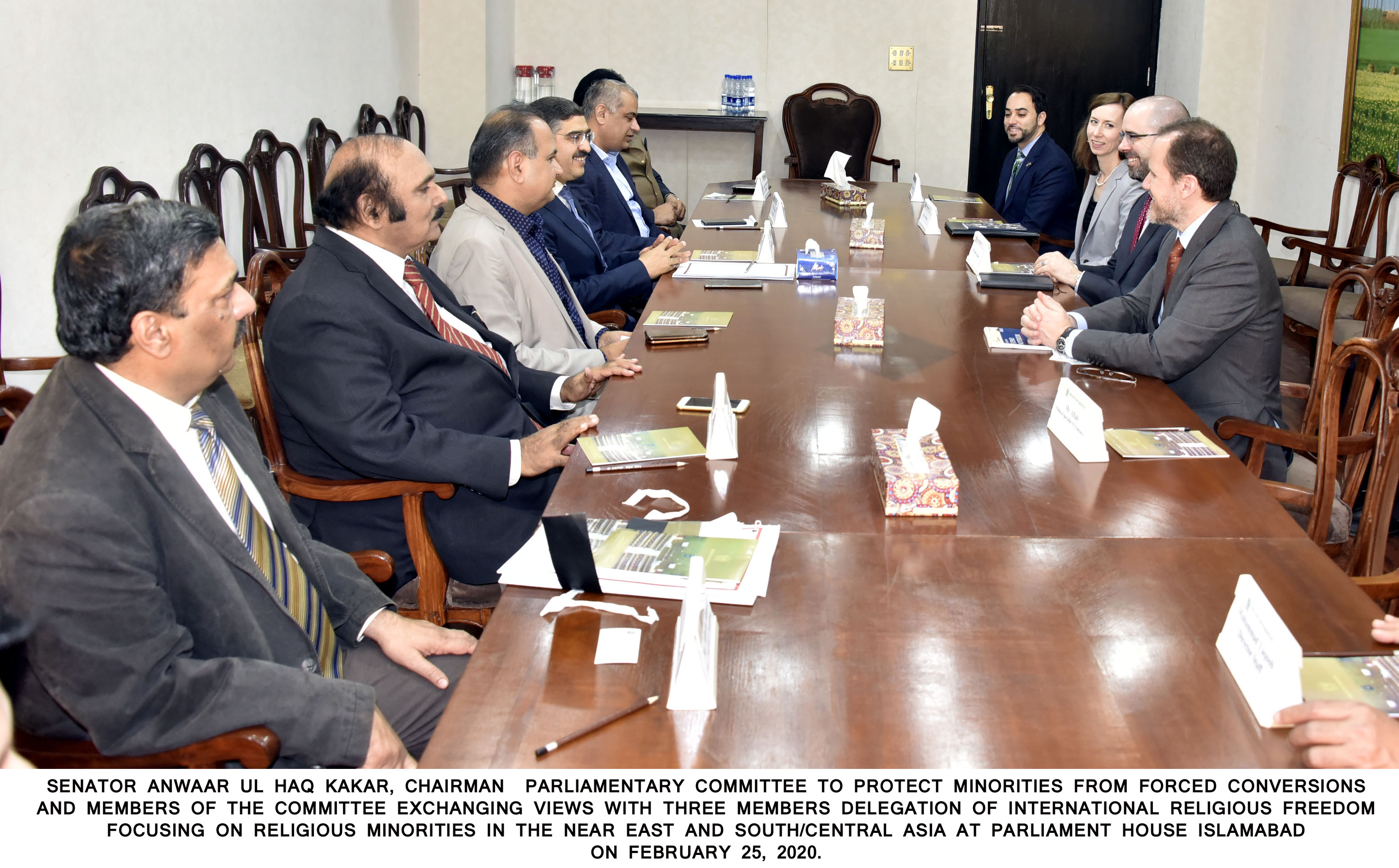 Chairman Senate Special Committee on Forced Conversions, Senator Anwaar ul Haq Kakar has said that Pakistan is a tolerant society and strongly believes in interfaith harmony for peaceful coexistence. He said that the country is home to diverse cultures, faiths, ethnicities and linguistic backgrounds. He expressed these views with Senator Knox  Thames, Special Advisor for Religious Affairs North East and South & Central Asia, US State Department and members of his team from the US Embassy at the Parliament House on Tuesday. Senator Kakar was flanked by Senator Rana Maqbool Ahmed, MNAs Keshoo Mal Kheeal Das, Lal Chand and Dr. Ramesh Kumar Vankwani.

Chairman of the Committee welcoming the delegation, said that Pakistan highly values its ties with US and this committee would like to learn from the experiences of US to mainstream minorities and other marginalized groups of the society into national development.  He said that government is making all out efforts to alleviate the miseries of minority communities.

Senator Anwaar ul Haq Kakar said that promoting interfaith harmony is high on the agenda of the current government and taking cognizance of the issue of forced conversions and other related matters, the parliament has constituted a parliamentary committee to discuss and deliberate on the issues, formulate some recommendations and propose legislative interventions to protect minorities.

Both sides discuss at length issues pertaining to forced conversions particularly focusing on interfaith dialogue, harmony and peaceful coexistence. The delegations appreciated the step taken by the parliament to constitute a separate committee and said that people have pinned high hopes and the committee would put forward some solid recommendations.