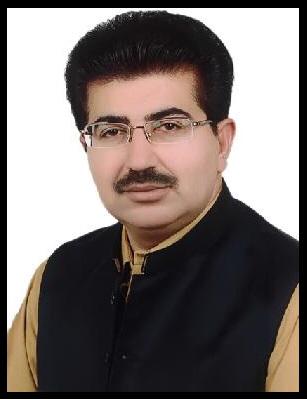 Event Title: Chairman Senate Muhammad Sadiq Sanjrani has underscored the need for further promotion and strengthening of parliamentary cooperation between Pakistan and Azerbaijan

Chairman Senate Muhammad Sadiq Sanjrani has underscored the need for further promotion and strengthening of parliamentary cooperation between Pakistan and Azerbaijan. He expressed these views in an online meeting with the Speaker of Azerbaijan today here from Parliament House Islamabad.  Chairman senate said that Pakistan has good bilateral relation with Azerbaijan but there is a need to enhance inter-parliamentary engagements and exchange programs for the capacity building. Chairman senate Said that a joint effort is indispensible to over come the issues of poverty, inequality, denial of human rights, extremism, terrorism and climate changes.

He said that Pakistan and Azerbaijan are both members of IPU and APA and Coordination between Parliaments of both countries on the multilateral forums is very important. Chairman said that for prosperity and peaceful future we have to utilize these forum in favorable manner.

Chairman senate also thanked Azerbaijan for supporting Pakistan stance at international forum especially on the issue of Kashmir and requested that the people of Kashmir direly need support of brother countries against atrocities and human rights violations by Indian army. He said that world must play its role to solve the Kashmir issue in accordance with United Nations resolutions.

While talking to the speaker of Azerbaijan chairman Senate asked for support in upcoming IPU election as he was candidature for IPU presidency. Muhammad Sadiq Sanjrani invited Azerbaijan parliamentary delegation to visit Pakistan.

Speaker of Azerbaijan thanked chairman senate and ensured their support in the upcoming IPU election.